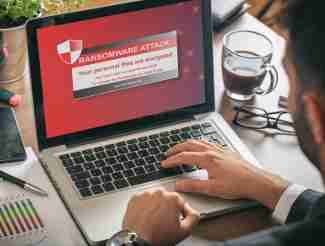 The best estimates for losses due to cryptocrime are on the order of $1.2 billion during the first quarter of this year. While that may seem like a drop in the bucket compared to the $250+ billion market capitalization of all cryptocurrencies, that annualized loss of nearly $5 billion would equate to about 2% of the cryptocurrency market. That’s decidedly higher than theft from banks and financial institutions.

Cryptojacking remains a concern too, as cryptojackers are becoming more and more sophisticated. Cryptojackers have even used software exploits developed by the National Security Agency to start infecting computers, targeting enterprises and large organizations that have large numbers of computers that can be infected.

Ransomware continues to be an issue too, as the average ransomware payment has nearly doubled since last year, now coming in at close to $13,000. Ransomware is increasingly targeting businesses and large organizations too. Just look at the city of Baltimore, which was hit by ransomware on May 7. City employees are unable to use their work computers and email, and vital business can’t get done. It might be weeks until the city government is back up and running since the city refuses to pay the ransom.

That’s all the more reason to take security seriously when investing in Bitcoin and not leave your vital retirement assets subject to hacking or theft. With a Bitcoin IRA you can choose various levels of security with your custodian, including hardware wallets, cold storage, and even vault storage of your private keys. With so many ways to keep your Bitcoin assets secure, there’s no reason not to start investing in Bitcoin today.