Why Do New York Authorities Not Seem to Understand the Cryptocurrency Business? 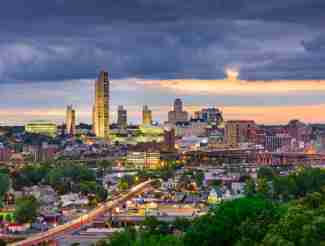 It’s almost as though New York authorities believe that cryptocurrency companies, like financial companies, will have no choice but to eventually make their way to New York to take advantage of New York City’s status as a financial hub. Rather than competing to try to attract businesses to the state, they act as though cryptocurrency companies should be thankful that the government deigns to permit them to do business in the state. Many companies, not surprisingly, just ignore New York altogether. One has to wonder whether New York officials even understand what cryptocurrencies are all about and how important they will be in the future.

For instance, a recent report from New York’s Office of the Attorney General claimed that cryptocurrency exchanges are subject to market manipulation. In particular, the AG’s office wrote that 20 percent of trading on Coinbase was attributable to the company’s own trading. According to Coinbase, however, those trades are executed on behalf of customers. So while the AG’s report makes it seem as though Coinbase is engaged in self-trading, Coinbase is really just executing customer orders.

It’s a baffling mistake for any AG’s office to make, but especially one in a state that has so much financial business going on. But it’s yet another indication that New York authorities probably just don’t understand the cryptocurrency business and aren’t in a hurry to capitalize on the cryptocurrency boom. For would-be cryptocurrency investors in New York, that’s bad news. But thankfully investors in the rest of the country have far more access to investment options such as Cryptocurrency IRAs, allowing them to benefit from cryptocurrencies’ rise in value and tremendous future potential.