Crypto Alternatives: Bitcoin Isn’t the Only Game in Town 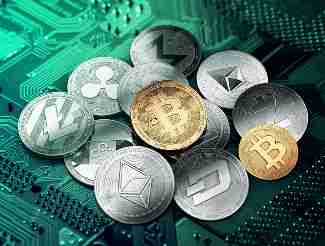 Those who like the thrill of high-risk investments that promise large returns should definitely check what the crypto hype is all about.

If you’ve already considered investing in crypto, your first thought must have been “let’s invest in Bitcoin”. The fact that there are more millionaires than Bitcoins in the world is eye-opening and shows how limited they are. Although a lucrative investment, Bitcoin is just the tip of the crypto world. Today, new tokens appear every single day on the crypto market.

To help you with your investment decisions, in this article we’ll talk about the most promising alternatives to Bitcoin: Ethereum, Litecoin, Ripple, Bitcoin Cash, Zcash, and Stellar.

In 2008, Satoshi Nakamoto published a whitepaper in which he laid the foundation for an electronic peer-to-peer payment network and cryptocurrency called Bitcoin. In January 2009, he launched the first decentralized payment system that replaced trust in financial institutions with cryptographic proof.

Not even Nakamoto himself could foresee the extent to which Bitcoin would grow and transform the financial system as we once knew it. Worth only a few dollars during the first few years, today 1 BTC is worth over $11,000!

Ethereum is the second most popular cryptocurrency and blockchain network, launched in 2015 by Russian-Canadian software developer Vitalik Buterin.

Buterin didn’t design Ethereum to compete against Bitcoin. The core idea behind his project was to show that blockchain technology can be utilized for other things besides decentralized digital payments.

The native digital currency Ether (ETH) has a twofold function: it can be used as a store of value to purchase goods or as a utility token to cover the expenses for Ethereum’s services such as self-executable smart contracts and decentralized applications (dApps).

The Ethereum platform allows customers to engage with clients and conduct businesses in a trustless environment without any intermediaries.

What makes Ethereum an even more attractive crypto-investment these days is the anticipated launch of Ethereum 2.0 blockchain that will mark the network’s switch to Proof of Stake (PoS) consensus mechanism. Unlike PoW, PoS significantly cuts down energy and power consumption.

Litecoin is one of the first virtual currencies on the market. It was developed in 2011 by Charlie Lee, a former Google employee. As an early Bitcoin enthusiast, Lee was quick to notice some of Bitcoin’s shortcomings and decided to address them in his own crypto project.

Another advantage of this digital asset is that thanks to the script algorithm implemented by Lee, miners are able to generate new coins with GPUs instead of the more expensive Bitcoin ASIC miners.

These features make Litecoin perfect for small day-to-day purchases as opposed to Bitcoin which is primarily used for long-term investments and larger purchases. That’s how Litecoin got the name “the silver to Bitcoin’s gold”.

The name Ripple is used to refer to both the digital payment network and its native crypto asset XRP, the fourth largest crypto by market cap.

Launched in 2012, Ripple is a joint project between OpenCoin developer Ryan Fugger, software engineer Jed McCaleb, and angel investor Chris Larsen. Their main incentive was to design a platform that would make exchanging value as simple as exchanging information.

The Ripple team challenges our outdated cross-border financial system in an era where it otherwise takes just a few seconds to share information online.

Instead of using money services like SWIFT to make international payments, pay hefty fees, and still wait up to one week to complete your money transfers, Ripple proposes using blockchain technology to make fast and inexpensive cross-border payments.

The ones to benefit the most from their services are institutional investors and banks who need to send large sums across the border. From the start, Ripple has been backed up by leading central banks including Yes Bank, Union Credit, UBS, NBAD, Santander, Axis Bank, Westpac, etc.

Bitcoin Cash (BCH) is most famous for being one of the first successful “hard forks” of the original Bitcoin blockchain.

In the crypto world, there’s no central authority to decide on future network and code changes. Instead, the network users vote to reach a consensus, based on their mining mechanism. This can lead to minor blockchain changes, i.e. a “soft fork”, or to the creation of a completely separate blockchain in case the community can’t find a mutual solution.

In 2017, the Bitcoin community began a serious debate on the blockchain scalability issue. Due to the large transaction throughput, one group argued that Bitcoin should increase the block size from 1 MB to 8 MB. However, another group thought that Bitcoin should stick to Nakamoto’s original protocol.

In August 2017, the first group performed a hard fork on Bitcoin’s blockchain and created a new cryptocurrency, Bitcoin Cash, with an increased block size to 8 MB and a four times faster transaction time.

ZCash was designed by the developer Zooko Wilcox and launched in 2016.

Although a Bitcoin enthusiast himself, Wilcox believes the coin failed to provide the promised level of privacy. He made a hard fork on Bitcoin’s blockchain and created a new network cryptocurrency (ZCash or ZEC) that tries to solve this problem.

First of all, ZCash is four times more scalable than Bitcoin and generates a new block in just 2.5 minutes. Next, ZCash uses the “Zero-Knowledge Proof” protocol that allows the blockchain to hide the identity of the sender and receiver. Instead of publicly showing their encrypted wallet addresses, ZCash is able to verify the transactions without exchanging such keys.

ZCash has already attracted the attention of big industry players and companies including JP Morgan who are exploring ways to incorporate the Zero-Knowledge Protocol in their own project.

Stellar Lumens (XLM) was launched in 2014 by Jed McCaleb after he left the Ripple team due to misunderstandings in how the project should move forward.

Similarly to XRP, the goal of Stellar is to make money move as swiftly as any information on the Internet. Its payment network aims to facilitate fast, cheap, and secure cross-border payments. While Ripple focuses on financial giants and institutional investors, Stellar’s services are affordable for every day or retail traders.

You can use Stellar to launch an ICO for your own startup. Even though this is not the only blockchain-based platform that offers launchpad services, it’s more user-friendly than some of the popular alternatives (e.g. Ethereum). Mobius Network, Smartlands, and SureRemit all held their ICOs via Stellar.

The only prerequisite to using Stellar is to own XLM tokens which not only function as stores of value but protect the network from spam accounts.

Cryptocurrencies can be bought on different cryptocurrency exchanges, online brokers, and trading platforms. You should look for reliable platforms with great cryptocurrency selection, and a range of payment methods, inexpensive fees, and strong security features.

Another great option for beginners and experts alike is to invest your retirement funds into a Cryptocurrency IRA account. By making pre-tax contributions at regular intervals, the Crypto IRA account allows you to grow your investment over a period of time.

This type of investment lowers the risk of losing money due to crypto volatility or currency devaluation. At the same time, you get the chance to diversify your portfolio and make an early buy before the popularity (and thus their price!) increases even more.

We invite you to contact our Coin IRA team to find out more information about this type of investment.