What Was the Best Investment of the Past Decade? Bitcoin 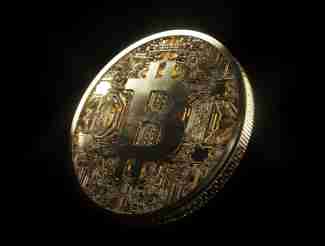 Now that we’re entering the 2020s, financial news websites are full of analysis of the previous decade’s market performance. And much of the coverage focuses on what were the best-performing investment assets of the past decade. But while most mainstream news sources are focusing on stocks, the best investment of the past decade was something completely different.

Many of us wish we could turn back the clock and invest differently. Knowing what we know now, we would have tried to invest our money more wisely. When we see that Netflix was the best-performing stock of the past decade, we obviously wish we had invested differently in 2010. But Netflix’s performance, while stunning, wasn’t the best performance of the decade.

An investment of $100 made in Netflix a decade ago would be worth over $3,800 today. That’s pretty amazing performance, and far better than investing in index funds has done. By comparison, $100 invested in the S&P 500 would be worth only $344 today. That’s still nice growth, but nowhere close to where Netflix is.

But the top investment asset of the past decade was Bitcoin. An investment of $100 in Bitcoin a decade ago would be worth $9 million today. That’s performance that hasn’t been seen in a long time, if ever, and it likely won’t be seen again. But Bitcoin’s growth isn’t over, not by a long shot.

In fact, Bitcoin is over seven times as valuable today as it was at the beginning of 2017, performance that far exceeds the performance of the S&P 500 over the past decade. That should be an indicator to many that investing in Bitcoin can still be highly profitable, as numerous investors have discovered over the years. And with Bitcoin’s popularity and appeal only growing year by year, there’s still a lot of opportunity for price growth.