Litecoin Founder Has Regrets About Selling His Coins 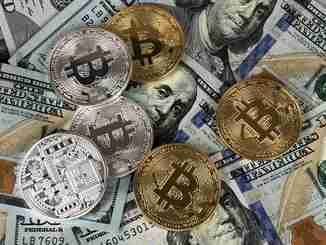 Litecoin founder Charlie Lee famously sold his entire holdings of Litecoin back in December. Now, he’s expressing some regret that he sold those coins. At the time, Lee stated that he wanted to ensure that Litecoin remained decentralized and that there would be no appearance of a conflict of interest, since as the currency’s founder he had retained a significant amount of Litecoin.

Lee sold his Litecoin when it had reached a price of about $322 per coin. Now Litecoin has lost about half of that value, currently trading around $150. Most people would express regret at selling too low when they could have sold higher, which makes it ironic that Lee expresses regret at selling at a high, now that Litecoin is trading lower.

While Lee still believes that his decision was the right one in the long run, he questions whether it was the right decision in the short run. Lee claims that he didn’t hold enough Litecoin to move Litecoin’s price significantly, yet in hindsight having the founder of a currency cashing out gives the appearance of someone exiting at the top of a bubble, or a founder exiting a Ponzi scheme or pump-and-dump scheme.

There are obvious parallels in the Bitcoin market, in which Bitcoin founder Satoshi Nakamoto is believed to hold or control about one million of the 17 million bitcoins that have been mined to date. On paper that gives Satoshi a net worth of over $9 billion. In reality, if Satoshi were to attempt to sell all of those bitcoins a la Charlie Lee it would likely drive Bitcoin’s price down significantly.

Thankfully for Bitcoin IRA investors, there doesn’t appear to be any chance of that happening. Satoshi hasn’t touched any of his bitcoins in years, which actually provides Bitcoin with a nice price boost. Since those bitcoins are essentially off the table in terms of sales, it limits the supply available to consumers and investors, which puts upward pressure on the price. So as long as Satoshi stays on the sidelines, Bitcoin investors don’t have to worry about a whale entering the market and driving down Bitcoin prices.