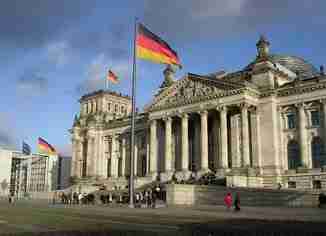 In an encouraging sign for the use of cryptocurrency as money, the German government has declared that it will not tax cryptocurrency transactions in which the cryptocurrencies are used as money. This is especially exciting for Bitcoin, which was initially developed to act as a form of digital cash.

One of the major barriers to the acceptance of cryptocurrencies as money has been either uncertain or misclassified tax treatment. In the United States, the IRS has classified Bitcoin and other cryptocurrencies as property. That means that every time Bitcoin changes hands it is a potentially taxable event, triggering capital gains taxes. So if you buy Bitcoin and use it to purchase something, you would have to calculate whether you have incurred a capital gain or loss, and do that for every transaction. That makes it incredibly difficult for Bitcoin to gain a foothold as a currency. Similar laws exist for gold and silver, too, making it difficult to use them as money as well.

The German decision clears the way for Bitcoin to see use as a currency. The German market could be potentially very important to Bitcoin’s use as a currency, as Germans remain among the world’s most frequent users of cash, having a healthy distrust of the banking system. And as Europe’s economic powerhouse, the German decision could have a prominent impact on European tax treatment of Bitcoin. If EU rules decide to adopt Germany’s tax treatment of Bitcoin then Bitcoin could see greater use as a currency throughout Europe. And as other countries continue to adopt tax and regulatory frameworks to accept Bitcoin, they could look to Germany and Europe as an example.

That would be particularly important to US-EU negotiations, as the US government has expressed its desire to work together with other major governments to harmonize cryptocurrency regulation. If Europe gets out front in treating Bitcoin as a currency rather than as property, then negotiations could result in a change in tax treatment within the United States, which would ease Bitcoin’s ability to be used as money. That in turn would be good news for Bitcoin IRA investors, as ease of use of Bitcoin would spur demand and result in a rise in prices.