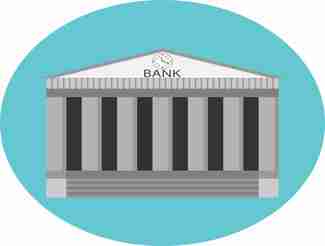 As most people know, Zimbabwe suffered the worst hyperinflation of the 21st century from 2007 to 2009. At one point the inflation rate was calculated at 80 billion percent, before the monetary system broke down completely. In 2009 the government gave up even trying to print new money, and allowed foreign currencies to circulate as legal tender. The US dollar quickly became the currency of choice, with an estimated 90% of transactions made in US dollars.

Despite that dollarization allowing the Zimbabwean economy to get back on its feet, the government has tried to take steps to get back to issuing its own currency. That has led to a lack of foreign exchange within the country and a renewed rise in the rate of inflation. Prices have been increasing so much that the country officially reentered hyperinflation last fall. That has led the value of bank accounts to plummet, and driven up demand for Bitcoin in Zimbabwe.

Bitcoin is seen in Zimbabwe as just about the only stable source of value, especially when US dollars get scarce. The cryptocurrency often trades at a premium in Zimbabwe, as much as 50-90% above world market levels. Now that the central bank has banned financial institutions from dealing in cryptocurrencies, that shuts off one avenue for ordinary Zimbabweans to gain access to Bitcoin, but it won’t shut it off entirely. Due to Bitcoin’s decentralized nature, anyone with Internet access, even on a phone, can purchase, sell, or transfer Bitcoin.

Bitcoin purchases in Zimbabwe may move off exchanges, but they won’t disappear entirely. However, the central bank’s move may very well drive up the premium that already exists on Bitcoin purchases in Zimbabwe. This incident is another reminder to Bitcoin investors of the power of Bitcoin to circumvent odious government policies, and the demand that will continue to exist worldwide for Bitcoin as long as governments attempt to drive their currencies into oblivion.