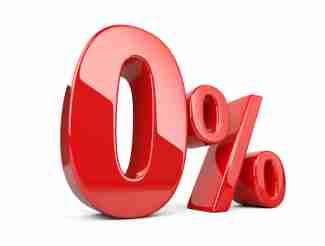 To many detractors of Bitcoin and other unbacked cryptocurrencies, stablecoins have become the digital currency of choice. Supposedly backed by fiat currency or currency-like assets, stablecoins have been offered as an alternative both to cryptocurrencies like Bitcoin and to conventional fiat currencies like the US dollar. But with the Federal Reserve pushing interest rates back to zero, the business models of many stablecoin issuers may be upended, threatening their stability.

We’ve warned before that stablecoins, unlike Bitcoin, Ethereum, Litecoin, and others, are still subject to a trust problem. Investors have to trust that the stablecoin issuer actually has sufficient assets backing the stablecoins, so that anyone who tries to redeem the stablecoin can actually get money for them. The temptation to act like a fractional reserve bank and only keep a certain percentage of assets on hand for delivery is very great.

Many stablecoin issuers also hold their assets not in the form of cash or bank deposits, but in short-term securities such as US Treasury securities. For a while that would have been profitable, as interest rates of 1-2% on short-term Treasuries would have brought some profit to the company, allowing it to operate without having to charge investors. But with the return of zero interest rate policy (ZIRP), interest rates have fallen to abysmally low levels.

Returns on Treasury bills out to one year are now at 0.20% or less, significantly cutting into the income of stablecoin issuers who were banking on those interest payments. That means they’ll have to come up with alternative means of making money, such as charging investors for issuing or redeeming stablecoins. That makes owning stablecoins a more expensive proposition than owning traditional cryptocurrencies.

That would be yet another strike against stablecoins, and would demonstrate that cryptocurrencies such as Bitcoin retain all the advantages they have always enjoyed. For investors looking for long-term wealth appreciation, the fact that Bitcoin and similar cryptocurrencies not only don’t have a trust problem but also don’t charge investors fees for holding, buying, or redeeming currency, means that their investing gains won’t be eaten away by fees. Add to that the ease of rolling over existing retirement assets into a cryptocurrency IRA, and it’s clear that traditional cryptocurrencies won’t be eclipsed by stablecoins anytime soon.