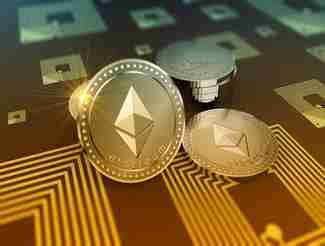 Rising cryptocurrency XRP is facing a class-action lawsuit from a disgruntled investor, and that could have serious ramifications not just for XRP but also for Ethereum. The investor, who lost a little over $550 trading the XRP XRP token, has alleged that XRP should have been registered as a security with the Securities and Exchange Commission (SEC). He apparently is looking to have over $300 million in XRP purchases rescinded.

In response, XRP has retained the services of Mary Jo White as a defense counsel. White is currently Senior Chair at Debevoise & Plimpton, a law firm whose specialty and expertise is in defending Wall Street financial firms. White was also the chairman of the SEC from 2013 to 2017, so her arguments about whether or not XRP should be classified as a security will undoubtedly hold some weight with the court.

But whether a court will rule on whether XRP is a security or not is doubtful. Classifying XRP as a security is properly within the jurisdiction of the SEC, and comments from both current and former regulators make it clear that XRP could eventually end up being classified as a security. Most judges would likely be hesitant to make such a landmark ruling in a situation in which the competent regulatory authority has yet to make a decision one way or another.

Given the fact that the lawsuit against XRP was filed in state court and moved to a federal court, there may very well be procedural issues that might lead to it getting dismissed before arguments can be made. It will be interesting to watch, however, as further lawsuits could potentially be filed by other investors. That will ramp up the pressure on regulatory authorities to act, and to declare one way or another whether XRP and ETH are securities.

Bitcoin IRA investors won’t be affected directly, since there’s no way Bitcoin could be classified as a security. But it could affect them indirectly, as XRP and Ethereum are strong competitors with Bitcoin. If they were to be classified as securities then they and the firms offering them would face additional regulatory scrutiny, which could lead to firms deciding no longer to offer or support XRP and ETH. That could lead to investors moving out of ETH and XRP into Bitcoin, which would further establish Bitcoin as the preeminent digital currency and drive up its price. Whichever way this lawsuit ends up going, there are interesting times ahead for cryptocurrency investors.