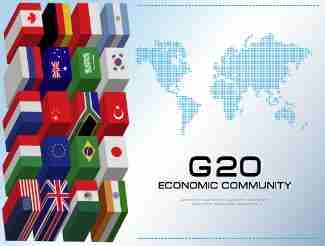 In the wake of the G20 meeting in Argentina last week, the G20 leaders issued a joint statement that they would “regulate crypto-assets for anti-money laundering and countering the financing of terrorism in line with FATF standards.” That sounds like a throwback to the days when Bitcoin was new and edgy, and telling people you were involved in Bitcoin got you plenty of jokes about the online criminal underworld. But as cryptocurrencies have gone mainstream and received much more attention from the average person, that joke just doesn’t work anymore. Tell that to the G20, however, which apparently still thinks that the only people who want to use cryptocurrencies are those involved in money laundering, terrorism, and organized crime.

That just shows how behind the curve governments are when it comes to all aspects of cryptocurrency. They don’t realize that Bitcoin, for instance, isn’t even favored by criminals because its blockchain makes every transaction traceable. Bitcoin is now firmly dominated by legitimate users and investors. And the irony of the G20’s stance is that physical cash, the product of national governments, is used far more often to commit crimes of tax evasion, money laundering, etc. than any cryptocurrency is. Will the G20 countries take responsibility for their products being used in that manner? Not likely.

Of course, the good thing about governments being so far behind the curve is that by the time they start to try to regulate cryptocurrencies, cryptocurrencies will have advanced so far that regulators will have to go back to the table and start over. So if you’re worried about your Bitcoin IRA or other cryptocurrency investment being targeted by zealous government authorities, don’t be. Advances in cryptocurrency markets are still coming at astoundingly fast rates and will always stay several steps ahead of any government’s attempts to rein them in.