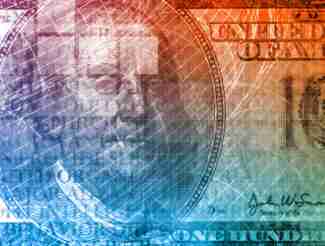 According to the World Economic Forum, over 40 central banks around the world are eyeing the opportunities afforded by blockchain technology, many with an eye towards issuing their own digital currencies. But while studying the technology is one thing, actually getting to issuance of a digital currency is quite another. Thus far only one relatively minor central bank has gotten into the digital currency business. Most others will probably sit on the sidelines while they study the issues surrounding digital currencies and the ramifications thereof.

Because blockchain-based cryptocurrencies such as Bitcoin operate with a blockchain that keeps track of all transactions, the role of banks as financial intermediaries is largely unneeded. Individuals can act as their own banks in terms of storing Bitcoin, keeping their funds in either online or offline wallets. And when it comes time to buy, sell, or trade Bitcoin or other cryptocurrencies, they can either do so through exchanges or through peer-to-peer trading, once again bypassing the banking system.

If central banks were to issue digital currencies, therefore, it could lead to an undermining of the existing banking system, as banks would be shut out of an increasing number of financial transactions. Central banks would thus be undoing the very banking system they were designed to protect, thus also eliminating their own raison d’etre.

Many Bitcoin investors probably wouldn’t shed too many tears at central banks putting themselves out of business, as in many cases they decided to invest in Bitcoin precisely to hedge against the inflationary monetary policies that central banks are known for. But central banks need to understand this possibility and account for it, which means they likely will tread very carefully for now.