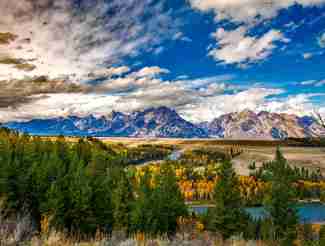 New York’s BitLicense is famously known and reviled by many within the cryptocurrency community. The hurdles it places in the way of cryptocurrency businesses means that many firms are not able to operate in New York, and risk running afoul of New York authorities if they even accidentally take on New York residents as clients. It also keeps cryptocurrency firms from gaining better access to New York’s capital markets. But that could be changing soon.

Wyoming has established special purpose depository institutions (SPDIs), a type of bank that also can store cryptocurrency. Because they will operate under a bank charter, they won’t be subject to the onerous restrictions of New York’s BitLicense. That should allow them to open up branches in New York, and thus be able to market their services to New York investors. Should the New York Department of Financial Services deny an application to open in New York, established case law should work in the favor of the Wyoming banks.

It will probably still be some months before any of these SPDIs are up and running, but once they are, and once they decide to open up shop in New York, it should only be a matter of time before New York residents are able to enjoy the same cryptocurrency services that investors in the rest of the country already do. From investing in Bitcoin, Litecoin, or Ethereum, to storing cryptocurrency investments, to safeguarding cold storage cryptocurrency wallets, the time could soon be here when New York will finally become part of the cryptocurrency mainstream.