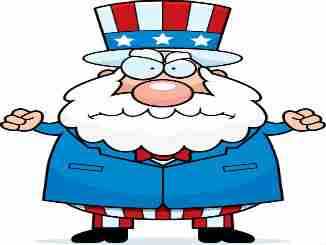 Owners of Bitcoin or other cryptocurrencies might get ensnared by the latest efforts on Capitol Hill to address money laundering. In late November, the US Senate Judiciary Committee held a hearing on S. 1241, the Combating Money Laundering, Terrorist Financing, and Counterfeiting Act of 2017, introduced by Sens. Chuck Grassley (R-IA), and Diane Feinstein (D-CA).

Further, “prepaid access device” would be defined as “an electronic device or vehicle, such as a card, plate, code, number, electronic serial number, mobile identification number, personal identification number, or other instrument, that provides a portal to funds or the value of funds that have been paid in advance and can be retrievable and transferable at some point in the future.” Additionally, Homeland Security and Customs and Border Protection would have to devise a strategy to detect and interdict prepaid access devices, digital currencies, or other similar instruments, at border crossings and other ports of entry.

“This could have alarming consequences for users of cryptocurrencies both in the US and abroad,” according to Landon Mutch, a software and mobile app developer actively involved in drafting the Lightning Network, a Bitcoin layer-two protocol, in a recent blog post. “The US Senate [sic] is proposing a bill to make criminals out of anyone intentionally concealing ownership or control of a digital currency or digital exchange account.” While investors in Bitcoin IRAs shouldn’t have much to fear from this legislation, it could have a chilling effect on both regular users of Bitcoin and cryptocurrencies and on the future development and adoption of cryptocurrencies.