What It Will Take for Bitcoin to Ultimately Succeed 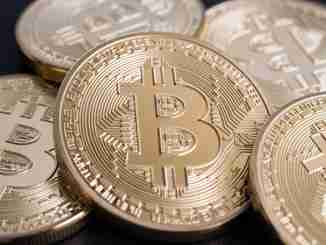 Bitcoin has the ability to shake up the world financial system, and everyone who has invested in it certainly hopes that it will succeed. But there is one step that, if it occurs, will guarantee Bitcoin’s ultimate success. That would be for Bitcoin to be accepted as payment for taxes. If that were to occur, it would ensure Bitcoin’s ultimate success as a digital currency.

The key for any currency to succeed is to be accepted as a payment for taxes. Just look at the introduction of paper money in the United States at the beginning of the Civil War. When the US government introduced unbacked paper money, no one wanted to use it. The paper money wasn’t trusted as being as good as the gold or silver coins or specie-backed banknotes that people were used to using. But after Congress decided to make them legal tender that must be accepted for payment of debt and taxes, acceptance of the greenbacks took off.

People will only accept something as money if they think they can use it for something useful and if they think other people will accept it as payment. If they don’t think other people will accept it, they won’t accept it themselves. So if the government accepts a certain type of money as a payment for taxes, that will speed its adoption in society. More and more people will use that money because they know that even if not everyone in society will accept it, the government still will. Throughout history, the forms of money that succeed in being adopted are those that are accepted as payment for taxes, while those that aren’t accepted as payment end up dying out.

The state of Arizona is currently at the forefront of cryptocurrency tax acceptance, as a bill is making its way through the state legislature that would allow Arizona residents to pay their taxes with Bitcoin or other cryptocurrencies. While the bill has yet to achieve final passage and be signed into law, if it is successful it would mark the first step towards full acceptance of Bitcoin as a digital currency. And if Bitcoin acceptance in Arizona is successful, it could encourage other states to follow suit, which should help speed Bitcoin’s acceptance as a successful alternative currency.