Will Libra Backlash Mean the End of Cryptocurrency? 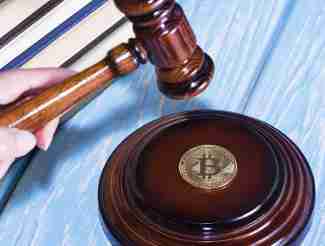 Facebook’s leap into the cryptocurrency sphere was met with applause by many market analysts and observers, but with great skepticism by both cryptocurrency enthusiasts and governments. Cryptocurrency enthusiasts distrust Facebook’s goals for its Libra cryptocurrency, and don’t believe that the company will hold true to many of the claims it makes about user privacy and the company’s transparency. And governments are skeptical about the social media behemoth’s attempt to leverage its online user base in order to create its own financial services operation.

The G7 is already gearing up to get its members to place Facebook and Libra under extra scrutiny. France is pushing the G7 to set up a task force to examine cryptocurrencies and explore how they can be regulated by central banks, with Libra’s development being the impetus behind that push. The United States, through the Financial Action Task Force, is pushing cryptocurrency exchanges around the world to share data on their users. And House Financial Services Committee Chairman Maxine Waters is urging a moratorium on Libra’s development, claiming that: “We’ve got to protect our consumers. We just can’t allow [Facebook] to go to Switzerland with all of its associates and begin to compete with the dollar.”

If you had to pick one major company that you didn’t want pushing the concept of cryptocurrency, Facebook is it. The company’s foibles and missteps in recent years have made it a target for lawmakers around the world who are looking to knock the company off its pedestal. Facebook’s reputation for safeguarding consumer data is in tatters, as the company has repeatedly failed to protect user information throughout a series of scandals. And now the backlash against Facebook and Libra may very well draw all cryptocurrencies into a mire of new heavy-handed government oversight and regulation.

That would be a shame for Bitcoin, which has established itself as a model cryptocurrency both for transactional use as well for investment. But governments have long sought to gain greater control over cryptocurrencies, and Libra may be just the excuse they need. That shouldn’t affect Bitcoin too greatly, but you never know what the future holds. Let’s just hope that Facebook’s efforts don’t lead to the destruction of one of the greatest disruptive and transformational technologies the world has ever seen.