Will ICOs Take Down the Cryptosphere? 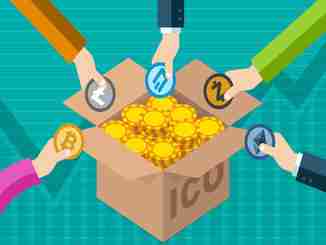 While Bitcoin and similar cryptocurrencies such as Litecoin captured most of the hype in the cryptocurrency world for years, the past year has seen the emergence and growing popularity of initial coin offerings (ICOs). But while many cryptocurrency innovators see ICOs as a way to quickly raise funds for project development, could the increasing prevalence of ICOs inspire a backlash that negatively affects the entire cryptocurrency community?

ICOs are units or tokens of a new cryptocurrency or new cyptocurrency-related project that are offered to investors to help fund the project. For instance, some entrepreneurs may create a blockchain-based ID system that they seek to market to corporations to simplify their internal processes for issuing and managing employee credentials. In order to get up and running they need to raise money, so they issue a new blockchain-based token called UVWCoin. They’ll issue 2 million tokens at $0.50 apiece to try to raise $1 million to fund their business.

That issuance of the UVWCoin is an ICO, and more and more regulators are treating those ICOs as securities. The owners of the tokens don’t take an equity stake in the company, but the token is often offered with the promise that it may be used for some product or service that the company issuing the ICO will create. Many ICOs are also marketed specifically as a investment asset that could appreciate in value, taking advantage of the huge increase in value of most cryptocurrencies over the past year. Because the ICOs are being used to fund business operations and are being offered to investors just as shares in a company would be, they are being classified as securities similar to the stock shares offered at an IPO.

In part, the increased scrutiny from regulators has come about because of the frequency of scammers attempting to use ICOs to make a few million dollars in quick cash before taking the money and running. It’s something that can happen with any investment opportunity, but the perception is that the ICO field is particularly rife with fraud. That in turn is bringing the attention of regulators, who could decide to step in and take heavy-handed regulatory action to drive those bad actors out of the market. If the cryptocurrency world doesn’t act to drive those bad actors out soon, government action could end up being so heavy-handed that it could harm legitimate cryptocurrency businesses as well.

Thankfully Bitcoin investors don’t have to worry about the fraudulence of ICOs. Since Bitcoin and related investment products such as Bitcoin IRAs are well-established and adhere to existing legal and regulatory frameworks, they aren’t a target for regulators, nor are they susceptible to the fluctuations of ICO valuations. But the emergence of ICOs is all the more reason for investors to do their due diligence and stick to established products offered by reputable companies rather than handing over their hard-earned assets to what could be just a get rich quick scheme.