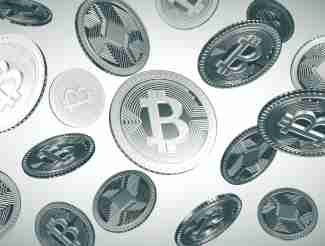 One of the driving factors behind the quick adoption of cryptocurrencies was the fact that they initially operated in a sphere that was largely unregulated. The first users didn’t give a though to anti-money laundering laws, know your customer regulations, banking regulations, or even taxation of cryptocurrencies. Bitcoin, Litecoin, and Ethereum were just tokens with a great deal of potential, something fun to play around with, and nothing to take too seriously. But as interest in Bitcoin began to rise significantly, and as the price of Bitcoin began to really take off, regulators around the world began to take notice of cryptocurrencies. And now those regulators are looking to subject cryptocurrencies to all the same regulations as every other financial asset. What effects will that have on the cryptocurrency market?

One of the great features of Bitcoin and other cryptocurrencies was the ability to transfer wealth across borders and around the world without having to go through the banking system or other middlemen. It allowed people to transfer money or pay for goods and services with ease. But forcing cryptocurrencies onto licensed exchanges that report to governments and adhere to strict financial regulation will undoubtedly put a damper on some of the more freewheeling aspects of the cryptocurrency ecosystem. There will certainly be many people who have gotten used to this open atmosphere and who will resist attempts to bring cryptocurrencies into line with government regulations. And they may very well pay a premium to keep their cryptocurrencies outside the government sphere.

Those investing in cryptocurrency IRAs don’t really have to worry about this, since their cryptocurrency investments are on the regulated side of things already. What they do want to pay attention to, however, is just how strict government regulation of cryptocurrencies becomes. If it’s too strict, it risks stamping out all innovation in the cryptocurrency arena, and no one wants to see that happen.