Will the Chinese Coronavirus Derail China’s Plans to Introduce a Digital Yuan? 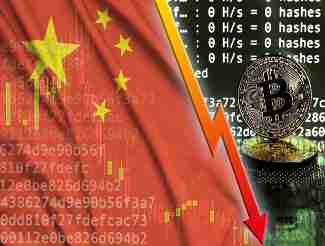 China’s digital yuan, perhaps the largest and most important government-backed cryptocurrency project to date, was supposed to launch early this year. Development had been delayed this year, but earlier in January the Chinese central bank stated that its design process, standard-setting, and testing were rapidly nearing completion. But now that many areas of China are under lockdown, will the digital yuan be delayed, perhaps indefinitely?

The digital yuan was supposed to be a two-tiered system, with the first tier consisting of the relationship between the central bank and retail banks, and the second tier consisting of the relationship between retail banks and consumers. The digital yuan was intended to replace circulating coins and paper banknotes, a stark departure from other cryptocurrency projects that are intended merely to augment existing use of cash.

One of the supposed advantages of the digital yuan over other cryptocurrencies such as Bitcoin and Libra included the ability to transfer funds between bank accounts using mobile phones, even without access to the internet. The digital yuan was also expected to help with the internationalization of the yuan, since it would allow for cross-border payments using the yuan without having to go through the banking system. But with the Chinese economy hit by the coronavirus outbreak, when will the digital yuan be launched?

It’s hard to imagine the Chinese government launching the digital yuan into an economy facing such a serious health crisis. With the city of Wuhan basically quarantined, with New Year holidays lengthened, and with many businesses shut down indefinitely over fears of a spreading virus, Chinese economic activity is expected to grind to a halt in the first quarter of this year. And just how the Chinese economy will recover going forward is in question.

China’s digital yuan is undoubtedly an ambitious project, as replacing cash is not an easy task. But if the coronavirus continues to spread, and if ordinary Chinese lose trust in the government due to its mishandling of the outbreak, that could doom the future of the digital yuan before it even has a chance to get off the ground. And that’s all the more reason that non-government cryptocurrencies such as Bitcoin remain far superior as investments and means of payment.