Will Bitcoin Replace Visa and Mastercard?

Will Bitcoin Replace Visa and Mastercard? 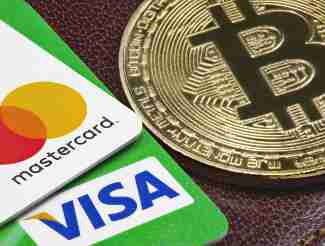 With cryptocurrency debit cards now a reality and no longer just a dream, how long will it be before Bitcoin becomes the dominant method of payment worldwide? According to recent reports, if Bitcoin continues its current pace of adoption it could gain more widespread adoption than its competitors within a decade. Visa, Mastercard, Paypal, and similar competing payment networks are certainly no slouches, and outcompeting them won’t be easy. But there are many reasons to believe that Bitcoin may just well be able to do it.

For one thing, Bitcoin’s distributed network gives it a significant advantage over its competitors. With over 10,000 nodes, Bitcoin far surpasses its competitors. Where it still needs to catch up, however, is in its number of users. There are still only about 25 million Bitcoin wallets in existence worldwide. That’s one Bitcoin wallet for every 13 people in the US, or one wallet for every 55 people in China. Compare that to the over 5.3 billion Visa and Mastercards in existence and you see just how much smaller Bitcoin still is. That’s one Bitcoin wallet for every 212 Visa or Mastercard credit or debit cards, or about half a percent of the total adoption of credit and debit cards.

But while Bitcoin may not be used by as many people yet, its numerous advantages will likely lead to continued adoption in the future. With the ability to engage in international transfers of money in much quicker time and with much lower fees, Bitcoin has the ability to become a preferred method of payment for international transactions. Consumers can turn their dollars into Bitcoin in the US, purchase goods from a merchant in China, and that merchant can then convert that Bitcoin back into yuan, and all of that can happen nearly instantaneously and at low cost.

In the decade Bitcoin has been around it has made great strides, going from a newfound curiosity to a well-established cryptocurrency traded on international exchanges and held as a retirement asset, from being worth only a fraction of a penny to being worth thousands of dollars. With so much having occurred in just the first decade, the next decade holds so much more promise for Bitcoin.