What Will 2019 Bring for Bitcoin and Cryptocurrencies? 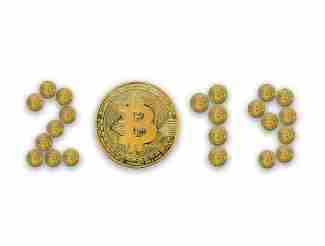 To many cryptocurrency investors who got in at the height of the craze in late 2017 and early 2018, the rest of 2018 seemed like a bitter disappointment. From highs of $20,000 Bitcoin seemed to crash and burn, ending the year at around $4,000. But what many of those fair-weather friends fail to remember is that Bitcoin started out 2017 at under $1,000. That means that in just two years investors quadrupled their money. There’s not a stock or a bond in the world that had that kind of two-year performance, and this is still just Bitcoin’s opening act.

The problem with many Bitcoin investors is that they aren’t really investors. They got sucked in by the hype spun by the first Bitcoin millionaires and thought they get rich by making thousands of dollars while investing only pennies. But those first-mover gains in the Bitcoin world were long gone. They’ve been replaced by solid gains that any investor would be envious of. But because so many people are looking to get rich quick, many have taken to pooh-poohing Bitcoin’s long-term growth.

Those people couldn’t be any more wrong. Bitcoin as an asset is a perfect asset for long-term growth, which is why so many investors have taken the leap into a Bitcoin IRA. They’re able to use pre-tax dollars or roll over existing retirement assets into Bitcoin and take advantage of its long-term potential while still enjoying the tax advantages of a traditional IRA.

Bitcoin continues to be in demand both as a currency, for online use and in countries in which authorities have destroyed their currencies, and as an investment asset. With Bitcoin futures first trading in late 2017 it’s only a matter of time before Bitcoin becomes fully financialized.

2019 should be a breakout year for Bitcoin. With all the short-term speculators out of the market Bitcoin’s price should continue to grow throughout the year based on underlying market fundamentals, along with the price of other top cryptocurrencies such as Ethereum. This will be the year that separates the wheat from the chaff, in which Bitcoin solidifies its place as the world’s top cryptocurrency.