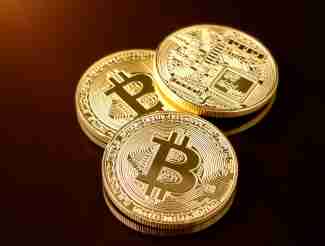 Online whistleblowing site WikiLeaks was just recently informed by Coinbase that its account held with the company would be closed. According to Coinbase, the company was found to be in violation of Coinbase’s terms of service. While WikiLeaks is perhaps best known for publishing US State Department diplomatic cables, documents from the Democratic National Committee, and classified information provided by then-Army Spc. Bradley Manning, the site also sells T-shirts and apparel to its supporters.

WikiLeaks’ online store had previously faced difficulty in accepting payments from its customers, with credit card companies Visa and Mastercard having cut the company off from their services, followed by payment services company Paypal shuttering WikiLeaks’ account as well. WikiLeaks decided to use Coinbase and accept Bitcoin as a payment in order to continue to do business and get around those account closures. While no official statements have come from US financial regulators, WikiLeaks is certain that Coinbase’s actions are coming at the behest of the US government, which continues to take an adversarial stance against WikiLeaks.

While greater integration of Bitcoin into the financial system has many benefits both for Bitcoin and for cryptocurrencies in general, this latest incident highlights one of the drawbacks of that greater integration. With increased integration comes increased government oversight and control, as well as government pressure to cease servicing the accounts of people or organizations whom the government has designated as undesirable. While WikiLeaks will still be able to accept Bitcoin payments, converting those Bitcoin holdings into fiat currency will require finding another exchange willing to host the organization’s account.

While Bitcoin IRA investors shouldn’t have anything to worry about, since they won’t be engaging in activity the US government frowns upon, this incident still highlights the problems with holding your Bitcoin online, even with an established exchange. Whether it is pressure from the government or the threat of hackers, funds held online are inherently less secure than funds held offline in cold storage. So if you want to make sure that your funds remain under your control, make sure that you avail yourself of cold storage to maintain control of your Bitcoin and your private keys.