Why Are There So Many Cryptocurrencies? 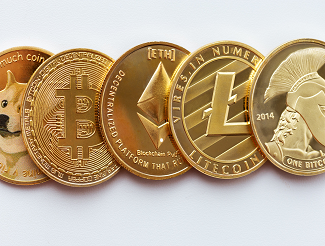 If you have yet to get your feet wet in crypto, we are here to tell you that the crypto market is a vast space. It is inhabited by millions of users who operate with a seemingly endless variety of assets. As most new users delve into the crypto market, they are immediately astounded by the sheer number of offerings available to them. There are dozens of assets, exchanges, and platforms with all kinds of purported use cases and promises of profit potential.

Thousands of cryptocurrencies are vying for the liquidity and attention of users while striving to become the top crypto coins, each attracting users with anything from elaborate tech-focused advancements to simple investing tactics that aim to convince users of revolutionary specs. While this is the case, there are only a select few, for example, Bitcoin and Ethereum, who have proven their performance and utility over time.

But why are there so many? If there really is value in crypto, then shouldn’t there just be a couple of main competitors? As it turns out, not so much. The diversity of cryptocurrency offerings isn’t actually a sign of their inherent purposelessness, but rather of the very reason why they are so transformative.

The Technology of Cryptocurrency

One of the main reasons there are so many cryptocurrencies is because of the puzzle that Bitcoin left to the world after the infamous Satoshi Nakamoto dropped the blockchain bombshell in 2008. With the onset of Bitcoin came the introduction of blockchain technology to the world. While Bitcoin was controversial due to its ties to the dark web and anonymous payment concerns, the real value was in the trustless system that worked in the backend.

All blockchains are limited by three main factors – scalability, security, and decentralization. Blockchain service offerings have made incremental progress in these areas over the years, but the tech is still in its infancy. The existence of these limitations has been stimulating developers in the industry to create their own blockchains, each offering varying degrees of advantages over others. The limited throughput of the Bitcoin network led to the development of Ethereum, whose limitations, in turn, have led to the development of other blockchains like EOS, TON and others.

This new digital currency offered a way for ordinary people to conduct transactions outside of any third-party regulation. It showed how efficient a transaction could be, in addition to inventing a new mode of recording these transactions and improving privacy and security. The concept of “trustless transactions” was completely new to our way of dealing with the world. It used technology as a way to ensure that two parties can exchange value without relying on trust alone in a genuinely intriguing manner (see description of blockchain here). This technology, however, is complex and not easy to master. This is why so many cryptocurrencies have been developed – because they believe they are adopting the proper approach and methodology to this intricate future tech.

Another important factor that has led to the increase in the number of blockchain cryptocurrencies is human nature, which was encouraged by entrepreneurship and the search for profit by market demand.

The law of supply and demand governs the crypto market like any other, so when Bitcoin made its first major debut in late 2017, people rushed to start buying the new asset in order to try their hand at this mysterious new technology. Many of these people understood the basics of Wall Street assets and applied the same methodology, while others saw more utility and wanted to bring real value to the world (such as Ethereum’s Vitalik Buterin).

Satoshi knew that the technology itself was still not fully developed – which is actually one of the main reasons many people speculate that he released it. Blockchain and the concept of worldwide digital assets is a deep, complex, and nuanced problem. It requires new and creative approaches. It needs to go through the gauntlet of capitalism in order for the most powerful, scalable, and efficient version to be created.

Cryptocurrencies, while relatively volatile, are an important progression for humankind. The advent of smart contract technology along with the Internet of Things (IoT) is poised to revolutionize every industry on the planet ranging from logistics to banking. It has the capability to help developing nations more easily develop their GDP while also helping us to better track and optimize our resources.

The sheer number of cryptocurrencies is a natural byproduct of this new, exciting development in society. Many of these projects, unfortunately, exist just to make money off of the space. But, importantly, many of them exist to help contribute to pushing the science of digital currency forward. Ethereum is pioneering smart contracts; Grayscale is helping to establish trust in the space, and Coinbase was even listed on NASDAQ this year!

With that being said, don’t let the massive number of cryptocurrencies fool you. Cryptocurrencies are a serious asset class, and the large number of digital assets that are available is simply a byproduct of the space fleshing itself out and finding its place in our fast-moving and rigid technological world.

Ready to invest in Crypto?

If you are ready to invest in cryptocurrency, look no further than our cryptocurrency specialists at Coin IRA. They can help both newcomers and more adept participants in crypto learn more about how cryptocurrency can add value to long-term retirement plans. Buying, selling, trading, and storing Bitcoin and other cryptocurrencies inside a Crypto IRA is safe and easy with the help of Coin IRA’s experts.