Why is Crypto Dropping? The Ongoing Saga of FTX 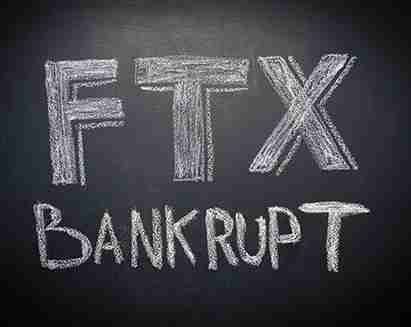 There seems to be unrelenting downward pressure on cryptos across the board, and that has many investors searching for answers.

One indisputable cause is the collapse of FTX, one of the major cryptocurrency exchanges. The match that lit the fire was a November 2nd scoop by CoinDesk revealing that Alameda Research, a quantitative cryptocurrency trading firm run by Sam Bankman-Fried, the founder and now former CEO of FTX, was experiencing a solvency crisis, which led to a collapse in FTX’s native cryptocurrency, FTT.  FTX’s largest asset was billions of dollars’ worth of FTT, the native token of FTX.  Alameda’s investment foundation was also in FTT, the token that its sister company had invented, not in fiat currency or another cryptocurrency. That prompted concern across the cryptocurrency industry regarding Bankman-Fried’s companies’ undisclosed leverage and solvency.

Next, Changpeng Zhao, the CEO of popular crypto exchange Binance, tweeted that his company was selling off all of its holdings in FTT.  The reason?  Zhao claimed it was because of “recent revelations that have come to light”, referring to the Coin Desk article, and making matters worse for FTX, he compared FTX’s situation to the crash of TerraUSD and LUNA that tanked the crypto market earlier this year.

Following this public declaration, FTX suffered a staggering influx of customers and investors withdrawing their funds from the company. Bankman-Fried attempted to dissuade his customers by assuring them that their money was safe and that FTX was not in any financial trouble, but his words fell on deaf ears. Following the aftermath of the FTT sell-off, FTT’s value plunged over 80%, an unprecedented drop that sent shockwaves through the crypto world. FTX saw $5 billion in withdrawals on November 6th, and from there FTT rapidly declined, having a ripple effect that is likely the sole factor behind the recent decline in cryptocurrencies.

The Binance CEO Zhao next briefly considered bailing out the non-US branch of FTX, but after Binance completed its corporate due diligence, he said Binance would not be acquiring FTX.  Then Zhao went back to Twitter with news reports of “mishandled customer funds”, which drove another nail into the FTX coffin.  With a nod to Zhao’s role in FTX’s fall, Bankman-Fried tweeted “Well played; you won.”

The withdrawals continued, and the value of FTT crashed as a result, taking Bitcoin, Ethereum, and a host of other cryptos down with it.

It’s not an understatement to say investors are furious that FTX filed for Chapter 11 Bankruptcy in the US on November 11, 2022, and it’s now a race to try and recover at least some of what was lost. Add to that, it’s looking like FTX was hacked by a high-level insider to the tune of $600 million, who had access to the customers cold storage wallets.  The thief made a fatal error in transferring the crypto revealing his identity, which is now known by an analyst at the Kraken exchange.  With that knowledge, hopefully some of the stolen crypto can be recovered to help compensate the victims.

The road to recovery will be long and difficult for FTX. After the resignation of Bankman-Fried, new FTX CEO, John J. Ray III, who also stepped in to clean up after the Enron financial scandal, issued a scathing assessment of “unprecedented” poor management practices by his predecessor, Sam Bankman-Fried, in a series of filings in a Delaware court.

“Never in my career have I seen such a complete failure of corporate controls and such a complete absence of trustworthy financial information as occurred here,” Ray said in a court document filed on Thursday.  “From compromised systems integrity and faulty regulatory oversight abroad, to the concentration of control in the hands of a very small group of inexperienced, unsophisticated and potentially compromised individuals, this situation is unprecedented.”  Ray went on to say that FTX had scant regard for corporate norms, and “did not keep appropriate books and records or security controls” for its digital assets, used unsecured shared email accounts to access private keys, and to this day cannot provide a list of those working for the company as of November 11th.

So, what does all this mean? Sources say that FTX is officially insolvent. If that’s the case, it would mean that the company is unable to pay its debts, and cryptos could continue to experience volatility and downward pressure.

It’s important to note that Bankman-Fried hasn’t been officially charged and remains innocent. If proven guilty, however, he could face a lengthy prison term and fines.

There is Good News

Maybe there will be some good that results from all of this.  Some experts believe that although the depths of the quake caused by FTX will shake even the strongest believers in crypto, it is the wake-up call needed to force exchanges into a more transparent proof-of-reserves balance sheet model, which may be exactly what is needed to ensure the operational integrity of exchanges going forward.  And, we can probably also expect some regulatory moves by the SEC, which will most likely not affect Bitcoin, since just this past summer, the SEC said that Bitcoin is not a security.

Since the FTX crash, Bitcoin has been rangebound between $15,800 and $17,500, and while the fearful are exiting the market, the hodlers are snatching up the bargains.  Since there is absolutely no indication that Bitcoin had any role in the collapse, it was less affected than other cryptos and had been trending at about $21,000 just days before the FTX collapse.  Could it be that the fear-driven panic selling that occurred over the past week is not a true indication of Bitcoin’s true value?  If that is the case, maybe Bitcoin under $20,000 is a sale too good to pass up.

As the days go by, it will be interesting to see what other news surfaces.  In the meantime, what can you do to protect yourself?

The best way to protect yourself is to diversify your portfolio. Invest in a variety of assets so that you’re not putting all your eggs in one basket. And it’s always important to stay up-to-date on the latest news and information, which Coin IRA will help you do.  Armed with the latest information, you’ll be better prepared to weather any sudden market shifts.

Coin IRA will provide important updates to this unfolding story.