Why Is Bitcoin Going Up 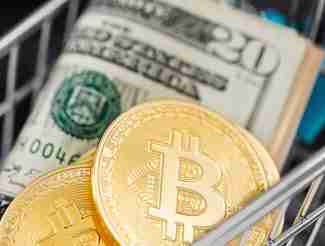 If you’re a novice Bitcoin supporter who wants to learn more about the crypto market before joining in, you must have noticed the newly-surrounded hype around this digital asset. The increased media attention is a result of the unprecedented price rally as Bitcoin smashed its records this year.

In the last 12 months, Bitcoin’s price has increased at an unprecedented rate from lows of $4,000 to over $40,000. High-net-worth individuals and institutional investors are regarding Bitcoin as a hedge asset and consider it their safety net against inflation.

Today, we’ll take a look at the factors that cause Bitcoin’s price to go up and down, what has influenced its current growth, and what are the implications for current and future Bitcoin investors.

One of Bitcoin’s key trump cards that makes it an attractive asset and drives its price forward at the same time is its built-in scarcity. When Satoshi Nakamoto designed the world’s first cryptocurrency, he set an upper limit of 21 million for Bitcoin’s supply. Today, over 18.5 million BTC are already in circulation.

However, the increasing mining difficulty ensures that new bitcoins are introduced at a fixed rate. Moreover, the number of BTC that enters a blockchain block together with the miners’ reward get slashed in half every four years in an event known as the halvening.

Although we won’t run out of new BTC overnight, scarcity builds up buying pressure and the increased demand drives Bitcoin’s price up. It’s hardly surprising that the hype around every subsequent halvening resulted in a Bitcoin rally, no matter how small-scale or short-lived it was.

A major difference between fiat and cryptocurrencies is that fiat currencies are backed by the government and central banks and possess no intrinsic value other than the one determined by these central authorities.

Bitcoin, on the other hand, is backed by a complex algorithm and proofing mechanism that prevents any third-party meddling. Instead of relying on intermediaries and financial institutions, Bitcoin’s network functions in a decentralized and transparent manner. The network participants or “miners” verify the transactions by solving a cryptographic puzzle and storing them on a digital ledger called the blockchain.

In times of financial crisis, Bitcoin is seen as more secure than fiat currencies. It represents a “safe haven” alternative for many investors and, as a result, increases in value against fiat.

Bitcoin’s price largely depends on its utility, i.e., the number of use cases that Bitcoin enthusiasts can find for their coins. Massive adoption will lead to higher demand but because of Bitcoin’s scarcity, the price of the asset will skyrocket.

Gradually, Bitcoin is turning into a global currency as more and more people become interested in contactless and, above all, decentralized money transfers. Free from any ties to financial intermediaries, Bitcoin transactions are faster, cheaper, and more secure.

Prompted by the Covid-19 pandemic, more and more merchants and retailers around the world have started supporting Bitcoin payments and research shows that the number of their customers has increased significantly.

Why Is Bitcoin Going Up Now

In the last couple of months, Bitcoin investors have anticipated an even larger-scale Bitcoin rally than the one in 2017 when Bitcoin’s price went from around $5,000 in October to almost $20,000 by the end of December. Unfortunately, the spike proved to be a bubble, and Bitcoin’s price was back to $7,000 by April 2018.

However, this time things are different because Bitcoin’s adoption is higher than it was three years ago. PayPal has just made it possible for its users to buy, sell, and hold Bitcoin via their PayPal accounts. The company is also planning to allow users to purchase goods and services from PayPal’s 26 million merchants with Bitcoin in the future.

Apart from the growing acceptance of Bitcoin as a means of payment, we’ve seen a rise in its potential as a store of value too. Both high-net-worth individuals and tech companies have taken a liking to this digital asset.

For instance, CoinTelegraph informs that the leading business intelligence company, MicroStrategy, has recently announced that it has raised $650 million worth of convertible senior notes to purchase BTC as part of the company’s strategy to convert part of its cash reserves into alternative assets. Similarly, the American payment provider Square has purchased $50 million worth of Bitcoin for company purposes.

Finally, Covid-19 has accelerated the digitalization of many industries. People have had no choice but to turn to online transactions during lockdown and many have, in a way, been initiated into the digital world. This is beneficial for Bitcoin because it takes away part of the stigma and suspicion that people might have towards new financial technologies.

At this point, you might be asking yourself what these recent events and price surges mean for you as a future Bitcoin investor. Is this upward trend going to continue, or are we in for another bursting bubble?

The truth is, no one knows for sure. The cryptocurrency market is largely built around speculations and market predictions (more so than other markets) because of its volatile nature.

Conservative experts and Bitcoin nay-sayers are quick to dismiss Bitcoin’s potential by arguing that once Bitcoin’s price reaches its peak, it will tumble down within a few months. But the majority of financial experts and economists believe that this time there’s hope for a more steady growth that will continue throughout 2021.

If we look at Bitcoin’s price history, we’ll see that although it’s true that it’s full of ups and downs, Bitcoin has always managed to recover and double if not triple in price. Moreover, its price fluctuations are directly linked to financial events, such as increased restrictions, new market players, economic crisis, large-scale purchases, etc.

There is one thing that can’t be disputed, however, and that is that Bitcoin remains the most popular cryptocurrency,

We hope our guide can help you make a well-informed decision about Bitcoin and potential Bitcoin investing. If we managed to spike your interest, we encourage you to browse through our Coin IRA website and get acquainted with our mission and services.

Getting started in Bitcoin is easier than you think. Speak with a Coin IRA Crypto Specialist today about the benefits of crypto ownership. With our help, saving for your future has never been easier!