Whither the Bitcoin Price in 2020? 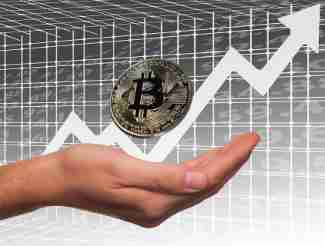 After the massive Bitcoin price rise in 2017, many financial analysts have categorized Bitcoin’s performance since then as disappointing. What they fail to understand is that Bitcoin was by far the best-performing asset of the last decade. And even its performance in so-called off years has been remarkable. After what for many investors was a disappointing 2019, where will the Bitcoin price head in 2020?

We have to clarify that 2019 was only disappointing to investors who thought Bitcoin would shoot to the moon. Now that Bitcoin has become a more widely accepted, well-known, and widely traded cryptocurrency, the days of its huge gains in value are probably over. But that doesn’t mean that Bitcoin can’t still provide investors with massive returns.

In fact, Bitcoin’s gains in 2019 were nearly 90%. Compare that to stock market indices such as the S&P 500 or the Dow Jones Industrial Average, which gained 28.9% and 22.3% respectively. Any investor would love to have annual stock performance like that seen last year, but they’d be over the moon if stocks had performed as well as Bitcoin did. The only reason that performance isn’t getting better press is because Bitcoin is still off its all-time highs. But if Bitcoin continues performing as it has been in recent years, it’s only a matter of time before those all-time highs are broken.

Will 2020 be the year of Bitcoin’s big breakout? With several Bitcoin ETFs in the works, Bitcoin futures and options trading well established, and cryptocurrency increasingly moving into the mainstream, this could be the year that Bitcoin really makes the big time.

That will be especially true if stock markets crash and the economy enters a recession, the likelihood of which is growing all the time. As a safe haven asset just like gold, 2020 could be the year that demonstrates once and for all that Bitcoin is here to stay.