When to Buy Bitcoin? 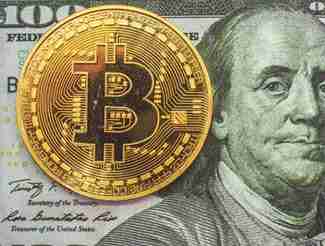 Bitcoin is changing the world, and those who know its value and its numerous benefits have already started investing in it. Even though Bitcoin’s market is volatile, if you understand the basics of how the market works and keep an eye out for upcoming price movements, you’ll lower the risk of potential losses.

As Bitcoin continues to have an impressive bull run in 2021, many who want to jump onto the crypto bandwagon are wondering when to buy Bitcoin and whether or not 2021 is the right year to do so.

If you are seeking an answer to this question as well, this article will come in handy. We’ll discuss when to buy Bitcoin, briefly go over the history of Bitcoin’s price, and provide you with a short overview of the macroeconomic climate. Finally, we’ll list some predictions on how the price of Bitcoin is expected to fluctuate in the years to come.

A Brief History of Bitcoin’s Price

The Bitcoin software was made available to the public for the first time in January 2009, which is when the first Bitcoin block was mined as well. During the first few years of its existence, the worth of one Bitcoin was no more than a few dollars.

In 2013, the digital coin started getting more and more exposure in the media. Bitcoin’s value increased at $13.40 and kept going up, creating a price bubble. In mid-2015, the price of one bitcoin was around $300. This was when the second growth period started so that in January 2017, Bitcoin could reward investors with a 1,350% return and even reached an all-time high of $20,000.

In 2018, things took a turn for the worse with Bitcoin’s price falling down to $4,000 by the end of the year. This year-long bear market greatly affected crypto-related businesses. Luckily, the currency got back on track the following year and even surpassed its all-time high in February 2021.

Bitcoin’s price crashed twice, both in 2013 and 2017. Nevertheless, these declines were not a result of any major incident. The digital coin was mostly cut due to some speculations such as worries about hacking risks which hampered the advancement progress of cryptocurrencies in 2018. In 2020, however, Bitcoin and other cryptocurrencies experienced a real financial crisis with the outbreak of COVID-19.

Cryptocurrencies were not resistant to the crisis caused by the pandemic, though, as investors began to sell off equities in February. However, regardless of the substantial losses in March 2020, and the disordered Covid-19 response by governments, worldwide markets have managed to make exceptional progress.

Research by Dr. Marcin Watorek showed that Bitcoin did not frighten investors; quite the opposite – they didn’t shy away from including it in their investment portfolios. Moreover, his research confirmed that during the Covid-19 pandemic, the cryptocurrency market turned out to be mostly unaffected by the turbulence experienced by all global markets during this period. This observation is in line with and complements the previously published results on the approached stability and maturity of the cryptocurrency market in the past couple of years.

Why 2021 Is the Right Year to Buy Bitcoin

Bitcoin’s Network Is Increasing in Size

Slowly but surely, Bitcoin trading has been increasing in popularity, especially over the past few years. There are more wallets, exchanges, and platforms than ever before. According to the Bitcoin block explorer service data, the number of blockchain wallets used by traders shows an increase from 43 million to over 62 million wallets in the past twelve months. Furthermore, more and more vendors are starting to accept Bitcoin. There are even Bitcoin debit and credit cards that allow users to spend their bitcoins anywhere where Visa cards are accepted. These novelties mean that Bitcoin usage is set to increase in the foreseeable future.

Bitcoin Appears to be Following the Stock-to-Flow Model

An investing concept called “stock-to-flow” can be used to quantify the scarcity of a good. Stock represents the total supply in circulation and flow represents the amount of new supply per year. Supporters of this model have foreseen that the price of Bitcoin should reach somewhere between $100k and $200k at some point in 2021 or 2022. This prediction was a result of a study that covered the demand and scarcity of this asset and compared it to other assets, like gold.

Similar to gold, Bitcoin represents a rare asset class but even more importantly, it’s the first rare digital object. When Bitcoin was created, its supply was hard-capped at 21 million BTC but the complex mathematics keeps the supply rate more or less even by increasing the mining difficulty, so that every 10 minutes, a new block containing 6.25 BTC is being mined.

While there are critics of the stock-to-flow model, other high profile investors have taken note. In a July 2020 report by Fidelity, the U.S. investment house stated that “Commodities with a [high S2F] have historically served as superior stores of value. Bitcoin’s stock-to-flow will eclipse that of gold following the next halving (2024).”

When it comes to future Bitcoin price growth, the majority of experts, investors, and crypto analysts share a positive outlook with more and more major financial institutions embracing crypto as a payment or investment choice.

In that context, Bloomberg analyst Mike McGlone is setting a target of $50k in 2021 and $170k in 2022 for 1 BTC. Moreover, according to the Winklevoss twins, the founders of the US exchange Gemini, Bitcoin might reach $500k by 2030, at which point its market cap would come near that of gold.

Finally, as mentioned above, estimations based on the stock-to-flow model show a possibility of Bitcoin rising to $200k in the next couple of years.

If you’re wondering when to buy Bitcoin, the answer is now. We can conclude that Bitcoin is a good investment in 2021 and here’s why.

Experts agree that the crypto industry is well-positioned to maintain its attractive place in the financial market. Moreover, the history of Bitcoin’s price indicates that Bitcoin is poised to surpass its most recent all-time high again.

In addition, the value proposition of Bitcoin is ideally suited to the macro climate since it turned out to be mostly unaffected by the turbulence experienced by all global markets due to Covid-19. Finally, the fact that Bitcoin follows the stock-to-flow model is another sign that it’s a good investment for 2021 because it proves that the asset is scarce and, in turn, more valuable.

Let Coin IRA show you how simple it can be to join the growing masses adding Bitcoin to their IRA. With a clear picture of Bitcoin’s forecast, this may be your once in a lifetime opportunity to dramatically impact the quality of your life in retirement.