What’s the Best-Performing Asset of 2019? Bitcoin 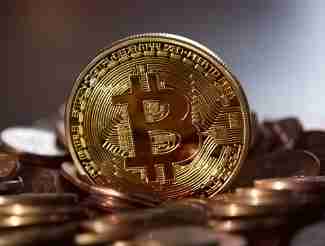 The Bitcoin ecosystem contains a funny mix of bulls and bears. For every person who thinks that Bitcoin will hit $100,000 by the end of the year you probably have two or three who think that it will sink below $1,000. Yet despite the bearishness of many on Wall Street who think that Bitcoin is much ado about nothing, Bitcoin continues to make progress both as a payment system and as an investment asset.

Everyone remembers the Bitcoin “bubble” of late 2017, when Bitcoin’s price approached the $20,000 mark. Many who bought into Bitcoin then lost big, as their hopes of a continued stratospheric rise in price didn’t come to fruition. That caused many people to cash out their holdings in 2018, convinced that they had been taken for a ride. But investors who studied Bitcoin markets and knew that Bitcoin is a solid investment asset knew better.

Bitcoin’s price performance continues to show volatility, but nowhere near the volatility it once had. Things have smoothed out, with most price moves taking place over the longer term rather than the short term.

Like any other investment, investing in Bitcoin should be looked at as a long-term proposition, a vote in favor of Bitcoin’s long-term growth potential and ability to disrupt the financial services industry. It’s not a get rich quick scheme that will double or triple investors’ money overnight. Those who approach Bitcoin with the right attitude and who understand that mindset will end up being rewarded as Bitcoin continues to gain value.