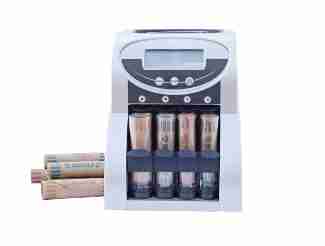 Many people may not have known it before, but coin machine operator Coinstar has partnered with Bitcoin ATM provider Coinme to allow people to purchase Bitcoin at Coinstar machines. The initial trials that began earlier this year were so successful that Coinstar is expanding the Bitcoin purchase ability to over 2,000 kiosks in 19 states. That means that customers will now be able to purchase Bitcoin at roughly 10% of Coinstar’s kiosks nationwide.

The downside to the Bitcoin purchases is that Coinstar won’t allow the purchaser to use coins to purchase Bitcoin. So if you dream of one day being able to turn your jar of spare change into Bitcoin, you’ll have to dream just a little bit longer. Purchases can only be made with paper money for now. But the fact that the trial was so successful and that the Bitcoin purchase program is going to be expanded is good news for Bitcoin and yet another indicator that Bitcoin continues to gain mainstream appeal.

The fact that Bitcoin continues to rise in price can’t hurt either, as Bitcoin long since broke past the $4,000 barrier and is up almost 50% for the year. That price boost has spurred more Bitcoin users to become active in using and trading Bitcoin, which further increases its popularity.

First adopters of Bitcoin and those who foresaw Bitcoin’s widespread adoption such as Bitcoin IRA investors can’t help but be pleased with this latest development, as the ability to buy Bitcoin easily without having to set up an online account will make it easier for more people to enter the Bitcoin market. In the future, the ability to convert Bitcoin holdings to cash or to use that newly purchased Bitcoin to make purchases at the grocery stores that often host Coinstar kiosks will even further enhance Bitcoin’s popularity. But as a first step, this new service from Coinstar is a good one.