Video Card Sales Declining: What Does That Mean for Cryptocurrencies? 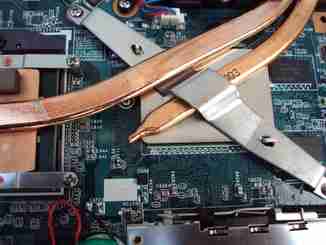 One of the side effects of the surging popularity of cryptocurrencies has been the overwhelming demand for computer video cards. Due to the performance of the graphics processing units (GPUs) in video cards, they make an ideal source of computing power to mine numerous popular cryptocurrencies. And while Bitcoin mining has long been more efficient with the ASIC miners developed specifically for cryptocurrency mining, some cryptocurrencies such as Ethereum and other altcoins are specifically geared towards being easier for GPUs to mine.

That’s why the demand for computer video cards has grown so exponentially over the past couple of years. Prices have risen significantly and there have been periodic shortages of video cards because so many were being snapped up by those looking to cash in on the cryptocurrency price boom. That was bad news for anyone who wanted to upgrade a computer or build a new one, as video cards were almost impossible to come by.

But with cryptocurrency prices coming back down (although they’re still far higher than they were just 18 months ago) the demand for video cards has dropped too. Nvidia and AMD, the two major graphics card manufacturers, have had to dial back their expectations for sales this year. Nvidia, for instance, had chalked up $289 million in sales earlier this year due to demand from the cryptocurrency sector. This next quarter, it expects sales to cryptocurrency miners to total zero. That’s quite a drop. But what does that mean for the industry as a whole?

For the graphics card manufacturers who may have banked on increased sales, the drop in demand will undoubtedly affect their bottom line, although some of that demand may be made up for by consumers who now will be able to find graphics cards at more affordable prices. For the mining community, the major effect will probably be a lack of further increases in overall mining power as lower video card sales would mean no new GPU miners entering the market.

The least effects will be seen in Bitcoin, which has long since been dominated by ASIC miners. So Bitcoin IRA investors have no need to fear that Bitcoin will drop in price anytime soon due to falling video card sales. If anything, because video card sales affect Bitcoin the least, Bitcoin should end up outperforming other cryptocurrencies throughout the rest of the year.