Venezuela’s Petro Is Getting More Valuable… Or Is It? 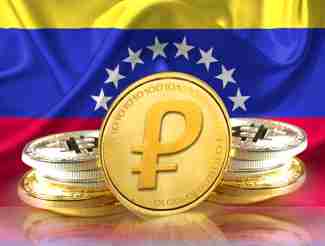 Barely a month after its first sale, Venezuela’s oil-backed cryptocurrency the petro has more than doubled in value. That’s a great sign, right? Well, not really. The petro’s value is pegged to the Venezuelan bolivar, and the bolivar continues to weaken as a result of the Venezuelan regime’s hyperinflationary monetary policy. So the revaluation of the petro from 3,600 bolivars to 9,000 bolivars isn’t really a sign of the petro’s strength but rather of the bolivar’s weakness.

The petro continues to remain an example of how a government should not introduce a state cryptocurrency. While each petro is supposedly backed by a barrel of oil, it nonetheless is given a bolivar exchange value by the Venezuelan government. And as the government continues to drive the bolivar into oblivion the exchange value of the petro will continue to fluctuate. Estimates of the bolivar’s annual inflation rate currently range from around 50,000% to 2,500,000%.

Both because of the Venezuelan government’s destruction of the bolivar and its failure to allow the petro to face the test of markets, Bitcoin remains the most popular cryptocurrency in Venezuela. In a country that faces shortages of food, clothing, medicine, and other basic supplies, the use of Bitcoin and other cryptocurrencies is just about the only way that people are able to provide for themselves and their families.

That demonstrates the continued importance of Bitcoin and its usefulness as a currency. Investors who have already made the leap into Bitcoin through investment in Bitcoin IRAs and the hundreds of thousands of people who have used Bitcoin as a currency understand Bitcoin’s importance and its appeal.

Governments often don’t understand that people want a money that’s useful, one they can trust won’t be inflated into nothing, and so they believe that they can create something out of thin air and force people to use it. The examples of the acceptance of Bitcoin and the eventual failure of the petro will show just how wrong they are.