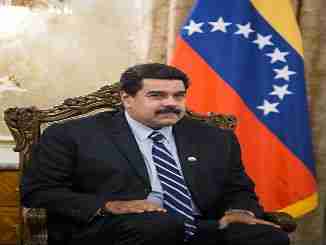 Details on the currency are still sparse, leading many experts to wonder whether Maduro’s planned digital currency will even get off the ground. It’s unclear whether someone buying a petro would have the right to a barrel of oil, what would happen to that petro once the barrel of oil backing it is presumably sold to a refiner, whether the value of the petro will fluctuate with the oil price, or who might even accept the petro as a currency for payment. Maduro’s critics in Venezuela have denounced the planned digital currency, claiming that the new digital currency is a fraud, an attempt to compensate for Venezuela’s lack of oil production.

Venezuela’s state-run oil sector has seen a significant drop in oil production in recent years due to hyperinflation, political mismanagement, and a failure to maintain oil production equipment. Failure to produce and deliver oil, as well as sanctions enacted by the US government, have led to reduced oil sales to US refiners. For a country with the largest oil reserves in the world, and whose economy is now almost completely dependent on oil exports to obtain money, that is not a good thing. That perhaps lends credence to critics’ assertions that the petro is just a virtual barrel of oil, an attempt by the Maduro government to raise billions of dollars in foreign exchange in order to keep the government in operation without having to do the actual hard work of drilling for and shipping oil.

For cryptocurrency investors, this is just another indication that just because someone is issuing a digital currency doesn’t mean that it is a good investment. It’s far better to invest in proven currencies such as Bitcoin and established products such as a Bitcoin IRA than to chase an unproven digital currency that may turn out to be a complete bust.