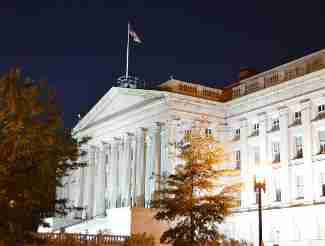 Treasury Secretary Steven Mnuchin has stated that the Treasury Department’s Financial Crimes Enforcement Network (FinCEN) is prepared to publish new regulations regarding cryptocurrencies. According to Mnuchin, who was testifying before the US Senate Finance Committee, the new regulations will include “significant new requirements.” Mnuchin was answering a question posed by Senator Maggie Hassan (D-NH) about how the Treasury intended to monitor suspicious cryptocurrency transactions.

Anyone dealing with cryptocurrencies had better hope they were already paying attention to existing regulations surrounding terrorist financing, money laundering, and know your customer laws. Otherwise there’s a very real risk that they could find themselves subject to action by the federal government.

Most cryptocurrency businesses understood this already, however, so most should be in the clear as far as that goes. The real danger is that FinCEN may very well be trying to go even further in regulating cryptocurrencies, risking stifling innovation and development within the industry.

The primary regulators of cryptocurrencies, the Securities and Exchange Commission (SEC) and the Commodity Futures Trading Commission (CFTC) have taken a pretty hands-off approach to regulation so far, and they seem to be pretty happy with the way things have been developing in cryptocurrency markets so far. FinCEN seems to be out on its own, developing regulations without consulting with other regulators, and without caring whether its regulations will impact the cryptocurrency world negatively.

That’s not entirely surprising, since the agency often seems to think that cryptocurrencies only serve to empower criminals and terrorists. Let’s just hope that the agency doesn’t enact anything too harsh that will negatively impact cryptocurrencies, and that if it does, the backlash against the new regulations will force FinCEN to go back to the drawing board.