US Monetary Authorities Missing the Point on Cryptocurrency 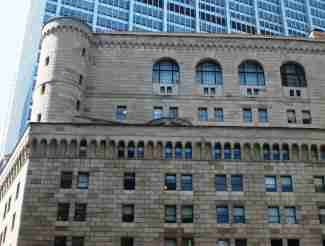 When Bitcoin was first introduced in 2009, it was a reaction to monetary policies on the part of central banks that flooded the world with cheap money. Around the world, central banks created trillions of dollars worth of new money out of thin air in an attempt to keep asset prices elevated. While those policies may have been “successful” in the long run by keeping real estate expensive and causing another stock market bubble, they didn’t create any more confidence in the dollar or other fiat currencies. And now the same authorities that issues those fiat currencies are trying to erode the public’s confidence in cryptocurrencies by erroneously categorizing them as fiat currencies.

Modern fiat currencies often have two characteristics that can confuse apparently even economists. First, they’re issued by government authorities that mandate they be accepted at a certain monetary value. Secondly, they’re only valued by people insofar as they can use these fiat currencies to purchase goods or services. But while these two characteristics can overlap, they shouldn’t be conflated.

That apparently is over the heads of economists at the New York Fed, who recently claimed that Bitcoin is just another type of fiat money. They couldn’t be more wrong. Even gold can be fiat currency if a government decides that certain gold coins should be valued above what markets value them to be. Bitcoin is most definitely not fiat, but the fact that Fed economists think it is doesn’t give one hope for the future of a US central bank-issued cryptocurrency.