US Legislators, Regulators to Discuss Future of Bitcoin and Cryptocurrency 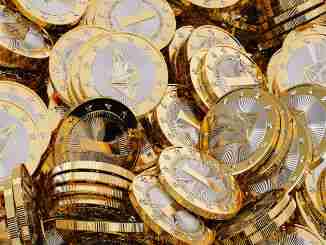 Mnuchin stated that US regulators intend to work with their foreign counterparts, especially those from the G20. Apparently, it isn’t just Chinese and South Korean regulators who are worried about excessive speculation in cryptocurrency markets, but those in Europe as well.

The US Senate intends to get in on the action too, by holding a hearing on cryptocurrencies. Expected to testify are the Chairmen of the SEC and the CFTC.

It’s funny that most of the concern from regulators is ostensibly about the risks posed by excessive speculation in cryptocurrencies. If people want to engage in day trading with cryptocurrencies and try to buy on the dips and sell at the peaks, they should be allowed to do so. It’s not really any different than with people who day trade with stocks.

What’s concerning is that no one seems to be focusing on the benefits of cryptocurrencies and the opportunities that have been brought forth through blockchain technology or through projects such as Ethereum’s smart contracts. Cryptocurrencies have opened people’s eyes to a whole new way of doing things across a variety of industries, and they haven’t even scratched the surface of their potential yet.

If people want to make bad investments with their money and invest in cryptocurrencies in a way that puts their money at risk, that’s their prerogative. The information is out there to make informed, long-term investments in products such as Bitcoin IRAs that aren’t purely speculative and focused on short-term gains. Let’s hope that in legislators’ and regulators’ zeal to protect speculators from themselves that they don’t end up harming investors who see the real potential for cryptocurrencies to benefit their retirement savings.