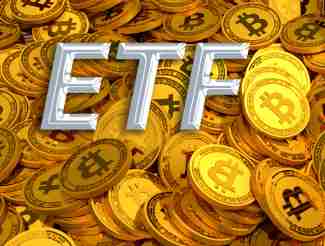 The US Securities and Exchange Commission (SEC) now has not one, but two Bitcoin exchange-traded fund (ETF) proposals to decide on. The first major Bitcoin financial products to gain regulatory approval were Bitcoin futures, approved in late 2017 by the Commodities Futures Trading Commission (CFTC). Since that time Bitcoin ETF proposals have languished at SEC, as the agency has dragged its heels on approvals, most likely seeking to study the proposals in greater depth before approving anything. With two proposals in front of it now, there is greater pressure on SEC to make a decision rather than continuing to kick the can down the road.

The first ETF proposal in front of SEC is the long-delayed CBOE proposal from VanEck, which was withdrawn earlier this year during the government shutdown. The second is a proposal from Bitwise Asset Management to trade on NYSE Arca.

ETFs have become an increasingly popular investment method in recent years for investors to gain exposure to different assets and commodities that they otherwise might not be able to invest in or have the ability to invest in. They’ve become particularly popular among many investors who want to invest in gold and silver without having to actually own physical metal.

The Bitcoin ETFs would purchase Bitcoin and then issue shares in the fund to investors. The price of the shares would then track the price of Bitcoin. The advantage of the ETF is that investors could gain exposure to Bitcoin and benefit from its potential gains in value while actually trading in shares that would be relatively liquid.

The downside, and it’s a major one, is that investors wouldn’t actually own Bitcoin, nor would they have the ability to convert their shares to Bitcoin. That’s a drawback that most ETFs share, not being able to convert to the underlying asset. That’s why serious Bitcoin investors choose to invest in Bitcoin IRAs instead.

With a Bitcoin IRA you own the actual Bitcoin. It’s kept safe and secure for you by your IRA custodian and you determine when you want to sell it. And if you choose to take a distribution you can either take that distribution in cash or in Bitcoin. That enables you to spend any Bitcoin that you own once you take possession of it, something that Bitcoin ETF investors can’t do.

The whole purpose of Bitcoin was to give people a currency that was not subject to inflation, that could ease transaction costs, and that could serve as a store of value. Investing in Bitcoin itself through an IRA can give you that, whereas a Bitcoin ETF can’t.

But if SEC decides to approve Bitcoin ETFs, expect demand for Bitcoin to skyrocket as mainstream investors begin to pour in. Those who already hold Bitcoin will see the value of their holdings increase as Bitcoin continues to revolutionize the financial world.