The IRS Is Coming for Cryptocurrency Traders 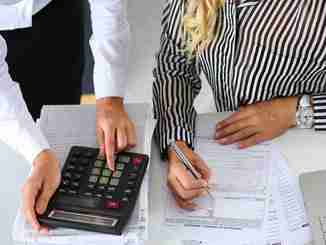 If you’re a heavy Bitcoin trader on Coinbase, you’d better hope that you’ve paid your taxes. In a victory for the Internal Revenue Service (IRS) and a partial victory for Coinbase, the cryptocurrency exchange will be turning over to the IRS information on 13,000 of its most active traders.

The information handover resolves a long-running dispute between IRS and Coinbase. IRS had initially requested that Coinbase hand over details about every single Coinbase user. Coinbase balked at this request, and engaged in litigation with IRS. The final result is that 13,000 of the most high-volume cryptocurrency traders on Coinbase will have their information reported to IRS.

The ease of purchasing and using Bitcoin has made it popular with a large number of people. Because everything can be done online, people don’t realize that purchasing, using, and selling Bitcoin can incur a tax liability. Because Bitcoin was determined by the IRS to be property, every time someone uses or sells Bitcoin they incur capital gains taxes.

But because of that ease of purchase, they may not have realized that they incurred a tax liability. And now thousands of users will have to go back and calculate each of their cryptocurrency transactions to determine just how much tax they owe.

That’s yet another reason to invest through a Bitcoin IRA rather than attempting to go it on your own. With an IRA, tax payments are deferred until you decide to take a distribution. And because the strategy of a Bitcoin IRA is to buy and hold for long-term asset appreciation, those distributions won’t take place very often, certainly not as often as a frequent Bitcoin trader. That will significantly reduce the number of taxable transactions that you’ll have to calculate.