The Effect of Spectre and Meltdown on Cryptocurrencies 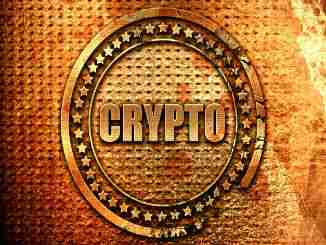 Just over a week ago we saw the first public notice of Spectre and Meltdown, two vulnerabilities that expose just about every computer, smartphone, and tablet to malicious hacking. Billions of devices are at risk of hacking, and patches, while necessary, will slow down devices since the flaws occur at the very basic levels of devices’ CPUs. So what lessons does this have for cryptocurrency investment?

Meltdown is a security vulnerability that is almost solely limited to Intel processors, although some ARM processors (used in phones and tablets) may also be affected. Meltdown exploits CPU design to attempt to read data that CPUs are processing. That can mean that passwords and sensitive information, including encrypted data, can be viewed by hackers.

Spectre works in a similar manner, affecting the operation of CPUs from Intel, AMD, ARM, and IBM. Sensitive information such as private keys can be vulnerable to Spectre. Both Spectre and Meltdown could also have severe effects on cloud computing services such as those that provide hosting services to many major cryptocurrency exchanges.

The Necessity of Security with Cryptocurrency

Cryptocurrencies such as Bitcoin highlighted the use of cryptography as a means of securing financial transactions. But the underlying assets held in cryptocurrency wallets are still vulnerable to hacking. Once a private key is compromised, hackers can clean out your cryptocurrency holdings before you know it.

That’s why it’s important to take all the necessary steps to safeguard your private keys. An online wallet or a wallet that sits on a computer connected to the internet is at risk of exploitation. Real security requires a hard wallet of some type, be it a hardware wallet or a paper wallet stored in a vault.

A piece of paper may not seem high-tech or secure, but in many cases that may be your best bet. Hackers halfway around the world trying to clean your Bitcoin IRA out of all of its bitcoins aren’t going to be able to access a piece of paper stored in a vault, nor will they be able to access an air-gapped computer or another piece of non-internet-connected hardware with a Bitcoin wallet on it.

Regardless of how you decide to safeguard your bitcoins, it’s more important than ever that you take steps to secure them. The stakes are simply too high to leave valuable cryptocurrency out in the open for anyone to try to take. So if you’re looking to open a Bitcoin or other cryptocurrency IRA, make sure that the security of your assets is one of the top qualities you look for from your IRA provider.