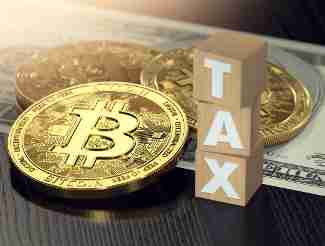 One of the best ways for any currency to become generally accepted is for it to be used as a payment for taxes. That’s been the case with underweight metal coins, paper currency, and a whole host of other fiat money. And while Bitcoin has been accepted for tax payments by a handful of states and localities within the US, it has yet to gain acceptance as a payment for federal taxes by the IRS. But now Bitcoin has made a tiny step forward and is able to be received by taxpayers as a payment for tax refunds. So how does the IRS do that?

Well, it isn’t actually the IRS remitting funds in Bitcoin. Taxpayers who want to receive their tax refunds in Bitcoin have to sign up for a new service that takes advantage of Bitpay’s cryptocurrency processing services. They then provide a routing number and account number to IRS at which they receive their tax refund in a Bitcoin account. Once the refund comes in, it is converted from dollars into Bitcoin and can then be transferred to the taxpayer’s Bitcoin wallet.

Taxpayers who got their taxes done early and got refunds while Bitcoin was under $4,000 are probably overjoyed with themselves now that Bitcoin has doubled in price. It’s a neat way to receive a tax refund, and one could imagine that at some point the program could be expanded to allow taxpayers to pay their taxes in Bitcoin too.

While this may seem like a bit of a convoluted workaround, it’s still an interesting way for Bitcoin investors and enthusiasts to make use of their Bitcoin and use it in a way that benefits them. And for those who may still be on the fence about Bitcoin and unsure whether investing in Bitcoin is right for them, it offers them an opportunity to get their feet wet by investing in Bitcoin on a smaller scale while they determine whether or not Bitcoin is right for them.