The Tax Man Wants to Know If You Own Bitcoin 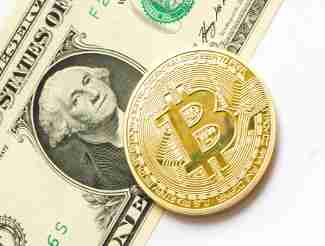 Following on the release of new cryptocurrency tax guidance for the first time in five years, the Internal Revenue Service (IRS) is starting to get serious about collecting taxes on gains made from Bitcoin and other cryptocurrencies. While the agency is trying to simplify the Form 1040 that most people file every year, it has begun to expand the amount of information it gets from other schedules, which have also been renamed.

One of those new schedules is Schedule 1, Additional Income and Adjustments to Income. This where the IRS now wants to ask taxpayers whether or not they bought, sold, or traded cryptocurrencies at any point during the tax year. The proposed question is: “At any time during 2019, did you receive, sell, send, exchange, or otherwise acquire any financial interest in any virtual currency?”

Many taxpayers may not even be aware that this new question is going to be on Schedule 1. That’s especially the case for younger investors such as those most likely to own Bitcoin. In many cases they may have only just started filing their own taxes, so the concept of schedules may be completely foreign to them, particularly as IRS is revamping all of its forms.

If you have invested in Bitcoin this year then you’ll want to assess your tax liability and possibly talk to a tax adviser to see just how much tax you may owe. The days of Bitcoin’s Wild West, when investors and speculators bought, sold, and traded cryptocurrencies without thinking of the tax consequences, are over now and Bitcoin investors are going to have to face that new reality.