Stocks Tanked, But So Did Bitcoin: Why? 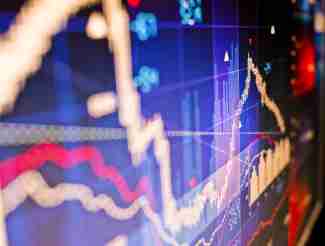 Last week’s stock market crashes sent investors scrambling for safe assets. While the Dow Jones lost thousands of points, gold shot up over $30 per ounce as investors poured their money into a traditional safe asset. But while traditional safe harbors climbed in price, Bitcoin’s price dropped several hundred dollars. That confounded observers who thought that Bitcoin would act as another alternative asset for investors to flee to. Why did that happen?

Safe Harbor Against the Dollar, Not Stocks

First of all, Bitcoin’s ultimate safe harbor status is as a hedge against the weakness of the US dollar, not US stocks. In the event of a dollar crisis, rapidly rising inflation, etc. we would expect to see investors pouring into Bitcoin and driving its price up. Because last week’s stock drops were driven largely by fears about the direction of the economy, however, Bitcoin didn’t see that safe haven buying. It didn’t help that much of the fear about the economy was related to the weakness of technology stocks. Thus Bitcoin, being a technology product, suffered along with tech stocks.

Much of the mainstream adoption of Bitcoin to date has occurred as a result of mainstream financial firms and investors putting their money into Bitcoin. While the first movers into Bitcoin were the true believers, the second movers were often hedge funds, venture capital firms, and financial services companies looking to capitalize on Bitcoin’s growth. The third movers will be mainstream retail investors, who in many cases are waiting on the sidelines until they believe that Bitcoin establishes itself more firmly as a solid and dependable investment asset.

Because of that, it will be a while before Bitcoin is a true safe haven asset. Since many investors in Bitcoin today are also investing in other financial assets, those who are forced to raise money to cover margin calls as stocks decline in value are forced to sell off whatever assets they have in order to cover those calls. In many cases that may mean that they were forced to sell off Bitcoin in order to pay their creditors. Once Bitcoin reaches more mainstream adoption by individual investors, that pattern won’t repeat itself.

While those who have already invested in Bitcoin through Bitcoin IRAs or other investment vehicles understand the benefits of Bitcoin and the role that it can play as a safe haven, it will still take some time for mainstream retail investors to see those same benefits. One thing is certain, however, and that is that any Bitcoin losses ultimately won’t be nearly as bad as stock market losses. And in the event of an all-out stock market rout in the coming year, Bitcoin may finally assert itself as a safe haven.