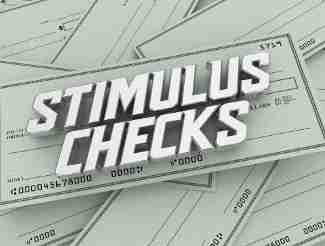 The $2 trillion stimulus package passed by Congress was supposed to help Americans who lost their jobs to bridge the time between losing their jobs and the time when they find work again once the economy opens up again. But while many are spending their stimulus checks on food, housing, or other expenses, others are putting their money to other uses. Many who are receiving the money still have jobs, so they’re able to spend their stimulus money differently, and cryptocurrencies are benefiting from that.

It wasn’t just exchanges like Coinbase either that noticed the spike, as Binance noticed similar spikes. In fact, Binance’s largest-ever influx of US dollar-denominated deposits occurred after the stimulus payments were made.

This goes to show that many Americans realize that the trillions of dollars being spent by the federal government will be paid for with money newly created by the Federal Reserve. That in turn will devalue the dollar and make the cost of living higher for millions of Americans.

Since Bitcoin and cryptocurrencies were developed in large part to overcome the problem of excessive money issuance by central banks, it’s not surprising that many people looking to get ahead of the potential inflation or hyperinflation caused by all this stimulus spending would seek to invest in cryptocurrencies. As the dollar continues to weaken in the future, Bitcoin and other cryptocurrencies whose supply is strictly limited should continue to hold their value, as both consumers and investors continue to demand them.