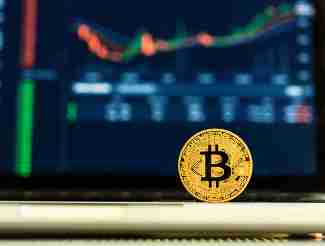 It isn’t just technological neophytes who can fall victim to cryptocurrency fraudsters. Apple co-founder Steve Wozniak found himself the victim of fraud too, losing seven bitcoins to a scammer. Wozniak’s case highlights the importance of taking the right steps to protect yourself from dishonest actors.

Wozniak fell victim to a scheme known as chargeback fraud. Someone orders something using a credit card purchases an item, then reverses the charges once they’ve received the item. The merchant then is on the hook for the charges. Wozniak’s mistake was to sell his bitcoins to someone who purchased them with a credit card. That credit card happened to be stolen, so naturally the charges were reversed. And once Wozniak had sent the buyer his bitcoins, he had no hope of getting them back.

That’s ironic, because one of Bitcoin’s features is its inability to have transactions reversed, a feature that was built in specifically to combat the scourge of chargeback fraud. What happened to Wozniak is an unfortunate result of introducing legacy financial systems to the Bitcoin world. So how can the average Bitcoin investor keep from succumbing to similar types of fraud?

For one thing, it helps if you’re dealing with a known individual or entity. You’re most likely to be victimized if you’re dealing with strangers. Bitcoin may have overcome one type of transactional trust problem through its use of blockchain, but it can’t overcome all of them. At some point you’re going to have to trust that the person on the other end of the transaction isn’t out to cheat you. And by all means, make sure that you have payment in hand and fully available to you before you hand over your bitcoins. If you accept credit cards as payment, you’re on the hook if the buyer reverses the charges.

The other thing to remember is to make sure that your Bitcoin assets are held securely. That means no hot wallets, only cold storage. And no meeting people you don’t know to transfer Bitcoin. Choose your friends wisely and don’t tell the world how much money you’ve made trading cryptocurrency, that’s just asking for trouble.

All of this highlights just how much easier and safer it is to invest in Bitcoin through a Bitcoin IRA rather than attempting to go it alone. With a Bitcoin IRA you can trust that your custodian will keep your assets safe in cold storage, and the only transactions that take place are those that you expressly confirm. It’s one of the safest, most secure ways to invest in Bitcoin and minimize your exposure to fraud.