Stablecoins vs. Cryptocurrency: Which One Is More Stable? 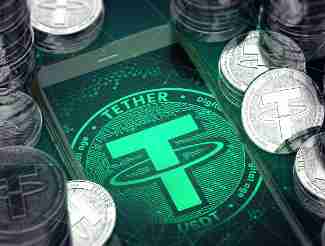 The meteoric rise in Bitcoin’s popularity translated to a significant increase in the popularity of all sorts of cryptocurrencies. From Litecoin to Ether to ICOs, cryptocurrencies have taken hold in the financial mainstream. But many investors and would-be digital currency users just couldn’t get over the idea of using an “unbacked” cryptocurrency like Bitcoin. That helped prompt the development of so-called stablecoins. But are they really as stable as they say?

Tether is one of those stablecoins that has become incredibly popular with many investors. Its USDT token is supposed to be 100% backed by reserves. But that may not always be the case. Back in April, Tether’s general counsel wrote that USDT was backed by cash and cash equivalents equal to about 74% of USDT’s tokens. That’s obviously worrisome. Today Tether is supposed to be 100% backed by assets, most of which are held in US dollars. But still there are questions that need to be asked.

Investors and users of stablecoins often have to take a stablecoin company at face value when it states that its coins are fully backed. And if the coin for some reason isn’t fully backed at any given time, they really don’t have much recourse.

Tether states that it keeps its asset holdings to itself, refusing to differentiate between cash and cash equivalents. That means that the company probably holds some amount of bonds, although the exact mix, yield, and rating are unknown. That brings up the question of what happens if some of those bonds were to default.

There are also concerns that Tether is printed out of thin air, then pushed out to markets. Once a token is sold, then the money from the sale would presumably back that token, or be used to purchase bonds to back that token. We really don’t know.

That’s one reason so many investors prefer to invest in Bitcoin. They know there is only a fixed amount of bitcoins that can ever be created, so there’s no way to keep printing tokens ad infinitum. There’s also no need to audit whether a token is fully backed, as Bitcoin doesn’t have asset backing. There is just the Bitcoin protocol, which limits Bitcoin to 21 million coins. Once that limit is reached, that’s it. So when you think about it, Bitcoin really is more stable than most stablecoins could ever hope to be.