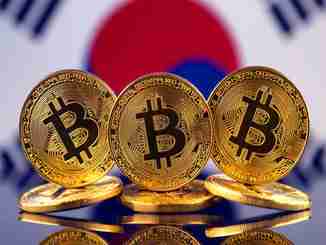 The push for cooperation among banks and cryptocurrency exchanges is a promising sign for cryptocurrency investors in South Korea because it should ease the difficulty in purchasing cryptocurrencies. But it would be a win for the South Korean government too, which is intent on preventing money laundering and cracking down on tax evasion.

Anonymous cryptocurrency trading is already banned in South Korea, with penalties being assessed on those who attempt to bypass the ban. With big banks becoming involved in cryptocurrency purchases, it’s almost certain that those banks will pass pertinent tax information along to the government. That shouldn’t come as any surprise to South Korean investors, as Bitcoin’s long-term success was always going to depend on how well it could integrate within the existing financial regulatory framework.

In response to the news from South Korea, the price of Bitcoin surged, up over 5% at the time of writing. While a South Korean ban wouldn’t have harmed Bitcoin in the long term, now that a ban is no longer in the works the Bitcoin market in South Korea can continue to grow and thrive. South Korea is the world’s third-largest Bitcoin market, behind Japan and the United States.

American Bitcoin IRA investors will benefit from that news, too, as positive developments in other countries that help to drive up Bitcoin’s price will also lead to gains for American investors. And because regulators in South Korea have made peace with Bitcoin and intend to support its use going forward, that should provide extra incentive to regulators in the US and elsewhere to do the same.