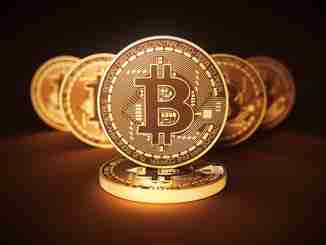 The Securities and Exchange Commission (SEC) this week issued another public statement that roiled the cryptocurrency community. The statement, entitled “Statement on Potentially Unlawful Online Platforms for Trading Digital Assets,” started off by mentioning initial coin offerings (ICOs), which the Commission has already determined in most cases fit the definition of securities. But it also listed a whole host of questions that it believes investors should ask when using online trading platforms, which spooked many cryptocurrency investors into thinking that the SEC may attempt to broaden its reach and begin regulating cryptocurrency exchanges. That helped push Bitcoin’s price down below $10,000 in trading Thursday.

The biggest question, of course, is whether Coinbase will be required to register as an exchange or as a broker-dealer. The most popular exchange in the United States, Coinbase recently announced that it plans to launch a four-coin index fund based on Bitcoin, Ethereum, Litecoin, and Bitcoin Cash. While the fund is only open to accredited investors (those whose net worth or salary qualify, i.e. a net worth of at least $1 million and an income of $200,000 for the past two years), it is curious that Coinbase has publicly announced what is really a private placement. The new index fund appears to be structured so as to skirt SEC filing requirements but it may open the company up to scrutiny from other regulatory agencies.

A recent federal court ruling agreed with the Commodity Futures Trading Commission (CFTC) that Bitcoin and other cryptocurrencies are commodities. That opens up established cryptocurrencies to further regulation from CFTC, which thus far has taken a fairly light touch approach to virtual currencies. Combined with the SEC statement, that has made for a potent one-two punch against cryptocurrencies this week.

The specter of enhanced regulation raises fears that a regulatory clampdown may stifle further cryptocurrency innovation. The SEC’s statement makes it clear that any exchange engaged in selling ICOs is engaged in the sale of securities and needs either to register as a securities exchange or as an alternative trading system. Bitcoin IRA investors have nothing to worry about, as Bitcoin isn’t a security and won’t ever be regulated as one. But if the exchanges that trade in Bitcoin are required to register as securities exchanges, or decide to begin offering securities products that would require them to register, that could impose extra costs on the exchanges that will eventually be passed on to investors in the form of higher fees for trading.