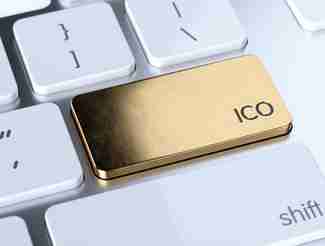 It’s no secret to anyone in the cryptocurrency community that initial coin offerings (ICOs) have become incredibly popular in recent months. However, they have also attracted the attention of regulators, including the Securities and Exchange Commission (SEC). SEC even went so far as to create its own fake ICO website to highlight to investors just how easy it can be for someone to set up a fraudulent ICO site to attempt to fleece investors.

The site, advertising “Howeycoins,” purports to be a new ICO, selling tokens to investors. It features fake celebrity endorsements, pictures of a purported leadership team, a description of the returns investors could make, and even an impressive 9-page white paper. And it’s all fake. Links at the base of the webpage send visitors to an SEC webpage that informs potential investors of things to look out for that may indicate that a particular ICO is a fraudulent scheme rather than a legitimate investment.

The SEC apparently has numerous ongoing investigations into various ICO operations, as the agency has determined that ICOs are securities and should be subject to securities laws and regulations. While the agency’s focus right now is primarily on fraudulent ICO schemes, of which there are unfortunately far too many, the agency will also eventually come after ICO issuers whose tokens are perfectly legitimate. Unless ICO issuers comply with securities laws, it’s probably only a matter of time before they’re contacted by the SEC and given a deadline for compliance.

This is just another reminder to Bitcoin and other cryptocurrency investors to do their due diligence before investing with any company. That’s especially true if a company’s offerings sound too good to be true. If it sounds too good to be true, it probably is. Sticking to established companies with good track records and sound investment products that invest in Bitcoin, Litecoin, and other established cryptocurrencies is the best way to keep from being taken to the cleaners by fraudsters.