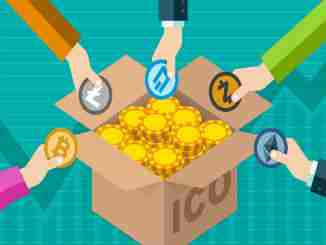 Munchee Inc., a San Francisco-based company selling digital tokens to investors to raise capital for its blockchain-based food review service, brought its initial coin offering to a halt recently, after the US Securities and Exchange Commission delivered a cease and desist order that declared the company’s conduct constituted unregistered securities offers and sales.

According to the commission’s order, the privately owned firm had created an iPhone application for people in the US to use to review restaurant meals. In October and November 2017, the company offered and then sold its MUN digital tokens to be issued on a blockchain or distributed ledger. “Munchee conducted the offering of MUN tokens to raise about $15 million in capital so that it could improve its existing app and recruit users to eventually buy advertisements, write reviews, sell food and conduct other transactions using MUN,” said the SEC. “In connection with the offering, Munchee described the way in which MUN tokens would increase in value as a result of Munchee’s efforts and stated that MUN tokens would be traded on secondary markets.”

Based on the results of the agency’s investigation, the SEC determined that MUN tokens were securities as per Section 2(a)(1) of the Securities Act and put the kibosh on the offering. The commission said investors received refunds before any tokens were delivered after it intervened.

Because the company stopped the ICO quickly, immediately refunded investor proceeds and cooperated with the investigation, the SEC decided not to impose any penalty.

In a brief statement on its website, the company said “Munchee, Inc. has elected to close its current offering to ensure it is in compliance with applicable regulations. Munchee will be refunding sales participants. Munchee appreciates the support it has received from the community and will be announcing a new offering in the near future.”