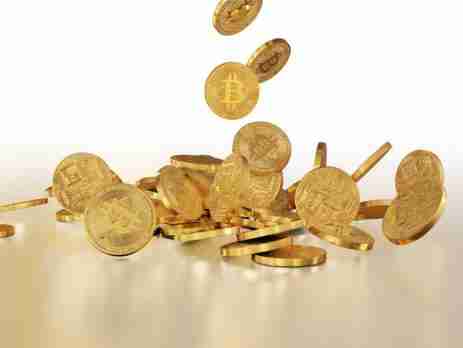 After over a year of development, the UK’s Royal Mint has finally launched its gold-backed cryptocurrency, known as Royal Mint Gold (RMG). RMG offers investors a new way to invest in gold by offering the ability to own units of a cryptocurrency that is backed by gold. Each unit of RMG represents one gram of gold, held in the form of Good Delivery bars (~400 ozt) or smaller gold bars kept in segregated storage.

The Royal Mint claims that only a limited number of RMG will be issued initially, perhaps to gauge consumer interest. Investors will allegedly be able to take possession of their gold holdings should they wish, or trade their holdings in secondary gold markets. RMG is supposed to be a blockchain-based cryptocurrency that offers investors full transparency.

RMG is an interesting merger of traditional gold investment with the new technologies and processes afforded by blockchain technologies and cryptocurrencies. RMG is far from the first cryptocurrency to attempt to back a digital currency with gold or other physical assets. Similar concepts were floated during Bitcoin’s early days when it wasn’t clear that Bitcoin would be the success that it has turned out to be. And the Perth Mint in Australia is also trying to issue a cryptocurrency similar to RMG.

But given the Royal Mint’s history, size, and asset holdings, RMG could be the first really successful gold-backed cryptocurrency. It also offers a glimpse into what the future of cryptocurrencies might look like.

Part of the knock on cryptocurrencies such as Bitcoin is that they are “backed by nothing.” That makes them no different than any government-issued fiat currency nowadays, so that isn’t a major deterrent for most investors. But some investors do like the confidence that asset backing offers. If concepts such as RMG become successful, it could provide a template for the development and issuance of future cryptocurrencies.

For Bitcoin IRA investors, the more successful projects involving cryptocurrencies, the better. As the utility of blockchain and cryptocurrencies becomes more and more apparent, Bitcoin will continue to benefit from the increased attention paid to cryptocurrency and blockchain technologies.