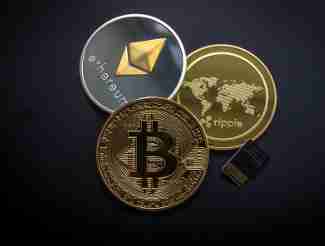 Many financial advisers probably look longingly at the great gains made by cryptocurrency investors and wish they had gotten in on the game. Last year Bitcoin made about a 90% gain over the course of the year, tripling the gains that major stock market indices made in what was a great year for stocks. But many financial advisers still remain hesitant to advise their clients to invest in cryptocurrency.

56% of those advisers said that regulatory concerns are what has prevented them from investing in cryptocurrency, which probably shouldn’t be too surprising. While Bitcoin and other cryptocurrencies have made great strides in breaking through to the financial mainstream, they’re still not totally accepted by regulators at the state, federal, and international levels.

New York is probably the best example of a state that remains stuck in the past, determined to fit the square peg of cryptocurrency into a round hole. Most other states have gotten with the times, such as Wyoming, which is the crypto-friendliest state in the Union. But New York is determined to exercise complete control over cryptocurrency firms, and punish those who don’t respect its authority.

And despite the positive comments from regulators at the Commodity Futures Trading Commission (CFTC), who are among the most bullish regulators on cryptocurrency, there are still a lot of questions about cryptocurrency from regulators at other agencies, such as the Securities Exchange Commission (SEC) and Internal Revenue Service (IRS). With many large investors involved in investments that require laborious amounts of tax preparation, and the tax treatment of cryptocurrencies still very much up in the air, many financial professionals don’t want to deal with the “what ifs” of investing in cryptocurrency. They would rather wait and see what regulators decide, then jump into markets.