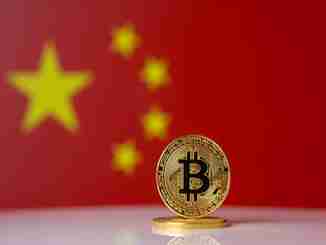 The problem with central bank-created digital currencies, however, is that they intend to undo all the advantages of cryptocurrencies. Cryptocurrencies were created to be decentralized, peer-to-peer systems that overcame the problem of trust by distributing currency creation and transaction confirmation across a broad network, thus eliminating the possibility that one bad actor could issue new units of a currency or attempt to engage in double spending of digital assets.

Central bank or government-issued cryptocurrencies, such as the Venezuelan petro or a new Chinese central bank currency, will be issued by a central issuer who alone will determine how many units of the currency are allowed to exist. That central issuer will also be the central clearinghouse for all transactions within that digital currency. That means that users of the currency will have to trust that the issuer won’t increase the amount of digital currency arbitrarily. Given central banks’ history with paper currencies, can they really be trusted not to inflate the supply of digital currencies?

The PBOC’s plans are obviously part of a plan to control the digital currency sphere within China. The government in Beijing cannot stand anything that isn’t under government control, hence the reason for shutting down Bitcoin exchanges, cryptocurrency trading, and cracking down on Bitcoin mining. Maintaining control over digital currency issuance will also ensure that the PBOC will be able to clamp down on money laundering and tax evasion. But in its quest for control, the PBOC fundamentally misunderstands the appeal of digital currencies.

A centrally-issued digital currency is nothing more than a paper fiat currency transferred to the digital realm, something that is already happening with most paper currencies already. Such a currency won’t be in great demand by markets and, unless the PBOC offers some sort of sweetener to induce people to use it, the attempt to issue this kind of digital currency will likely not be very successful.